Irish PBs across the board at World Half 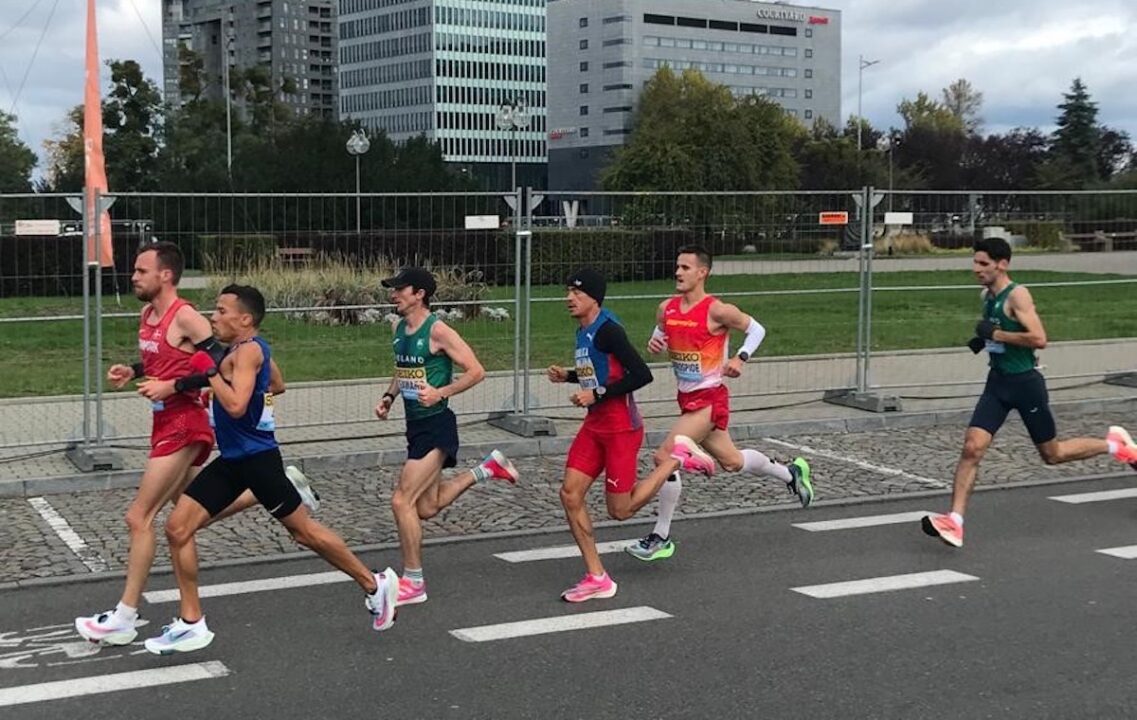 First up was Ann Marie McGlynn of Letterkenny AC whose time of 71 mins 40 secs for 40th place knocked 20 seconds off her previous best and saw her finish ahead of the three British women. Her time is an Northern Irish record. McGlynn’s previous best of 72:12 was run at the Barcelona Half Marathon in February 2020.

Race winner was Peres Jepchirchir of Kenya in a new world best time of 65 mins 16 secs; nine women finished in under 67 minutes.

In the men’s race, Kevin Seaward of St Malachy’s AC finished 58th in 62 mins 58 mins, which took fives seconds off the 63:05 he had run at the Larne Half Marathon last month. Clocking a time of 64:37 for 70th place in his first half marathon was Hugh Armstrong of Ballina AC.

Ten men broke the hour in the race with the inevitable discussion online about shoe technology and the impact it is having on times. In the USA, Kevin Mulcaire of Ennis TC lined out in the men’s 8000m at the Oklahoma State Invitational Cross Country on Saturday (October 17) – his first cross-country race in over four years. He finished 71st in 26 mins 24 secs.

Meanwhile Zak Hanna has seen more success in the mountains, check out this article from Richard Rogers with full details on Hanna’s latest race in Chiavenna.