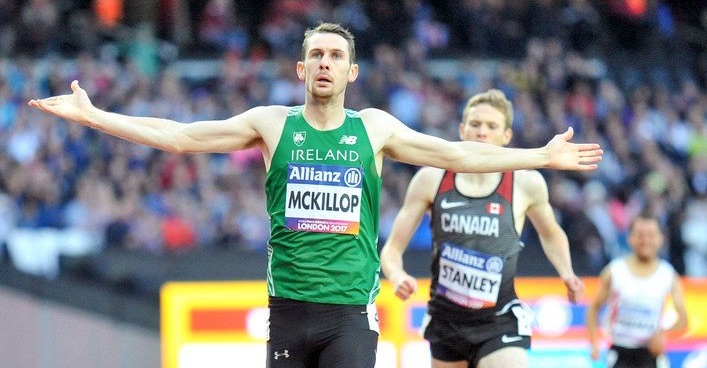 Ireland’s Michael McKillop completes another major championships double, after taking gold in the T37 1500m final, at the World Para-athletics Championships, in London.

In the final stages of the race the four time Paralympic champion stretched clear to beat Canada’s Liam Stanley by 10 metres, crossing the finish line in 4:36:38. A sensational performance form McKillop.

Speaking after the race McKillop said: “I’m feeling fantastic, I think after five years of creating myself in para athletic sport and in this stadium at London 2012, it feels incredible. I have to enjoy these little moments.”

He continued: “It’s a team effort. It’s funny because my dad still has his stop watches at about 150m to go. Obviously I can’t hear him but he is probably still shouting things, telling me to move instead of going so slow. But do you know what; I don’t really care.”