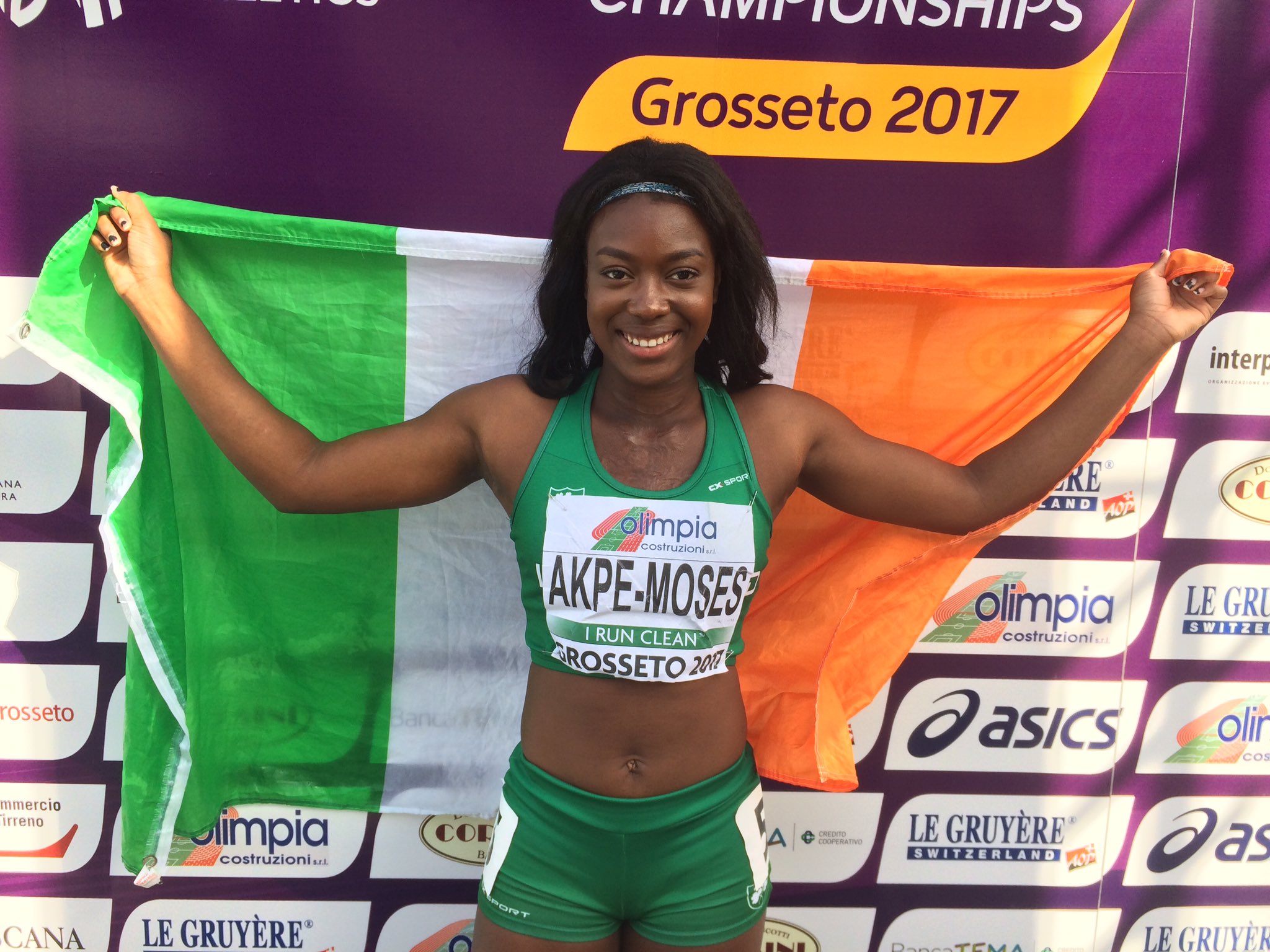 Gina Akpe-Moses, an Irish sprint star in the making, won gold at the European U20 Championships in Grosseto, Italy.

The 18-year-old made a good start before powering home over the last 20 metres to take the win in 11.71, finishing ahead of Germany’s Keshia Kwadwo in 11.75, and Norway’s Ingvild Meinseth in 11.77.

The fact that Akpe-Moses and Neville reached the final, is a significant achievement for Ireland in itself, given that its 38 years since two Irish sprinters have made it into one at this level.

Following the star performance, a delighted Gina Akpe-Moses said: “I hoped to get a medal, and eventually the dream came true.

“In the semi-finals I started thinking I could jump on the podium, but only in the last 20m of the final I had the thought ‘I can get the gold medal’.”

Gina Akpe-Moses on being the 100m European U20 champ! #grosseto2017 pic.twitter.com/siamcYuRk0

The U20 European Championships are taking place from the 20th to 23rd July.