Strong Performance from Gina Akpe-Moses at the Great North CityGames 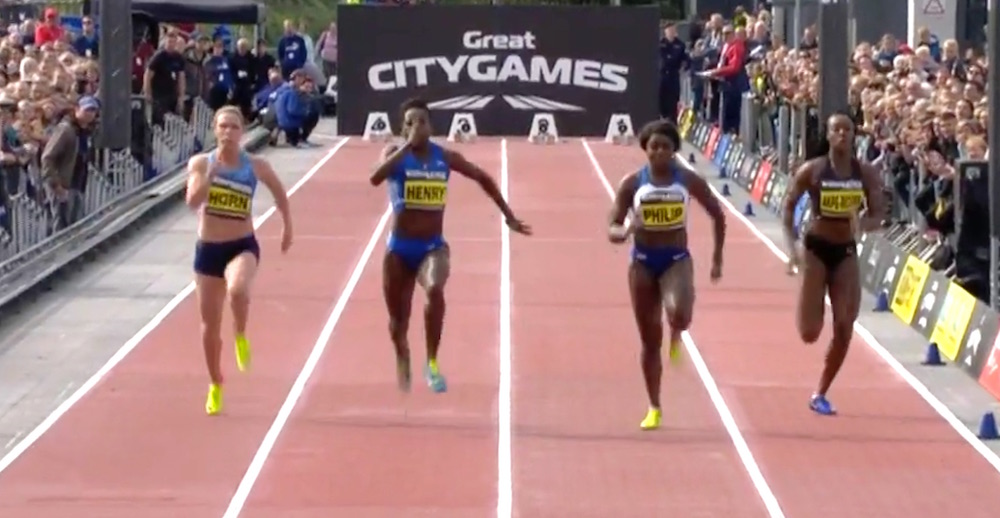 The unique race which took place on a tailor-made running track on the bank of the River Tyne, featured a line-up of four, including two members of Britain’s world silver medal relay quartet Asha Philip and Desiree Henry.

Akpe-Moses didn’t have the best of starts out of the blocks, but showed determination to battle back and close the gap in the final stretch.

Akpe-Moses, the European U20 champion crossed the line in 11.92.

The experience of racing against two world medalists marks another milestone in the teenage sprinter’s exciting track career so far.

Philip and Henry, who were instrumental members of Great Britain’s 4x100m relay team at the World Championships in London have season’s best 11.14 and 11.09 respectively, with Akpe-Moses’ lifetime and season’s best 11.56 (0.16 seconds outside of the Irish national record).

Akpe-Moses now turns her attention to next season with the first goal to secure qualification for the World Junior Championships in Finland.