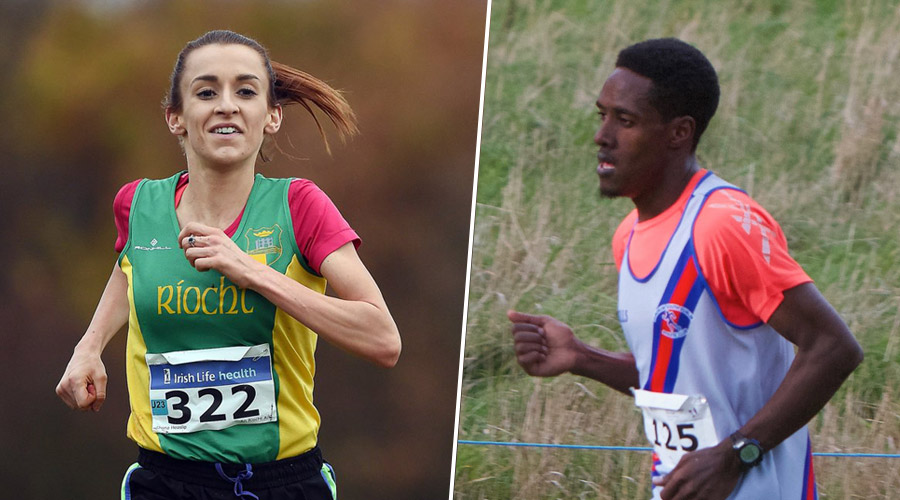 Elsewhere this weekend, Mick Clohisey finished fifth at the Great South Run and Ian Bailey and Shileen O’Kane were the winners at the Garmin Mourne Skyline Mountain Trail Race.

In the men’s 8km race, Tonusa, originally from Ethiopia, who runs for DSD and arrived in Ireland over the summer, tucked in behind early leaders Mark Hanrahan of Leevale and Valdas Doploskas of Balbriggan and District on the opening lap. 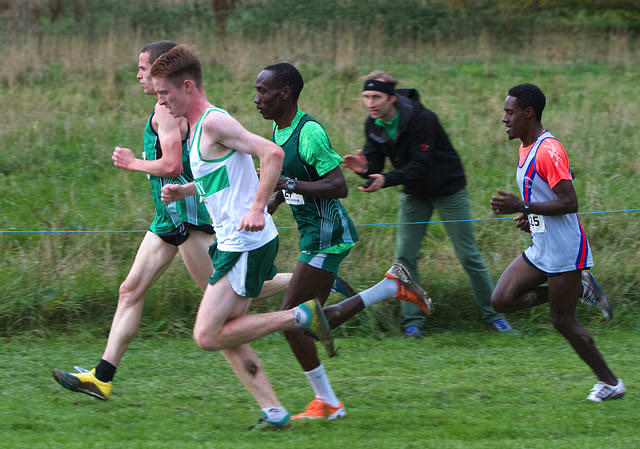 Kirk Smith moved to the front on the second lap, with Hanrahan still pushing the pace and Kevin Dooney along with brother Conor, on their heels. A pace or two behind were Kipsang and Tonusa.

Only on the final lap did Tonusa move to the front leaving Kipsang to lead the chasers, who were not lapping the back-markers in the field.

In the end Tonusa finished in 22:58 and made it look easy although he had only three seconds to spare on Kipsang. Just five seconds behind again was Kirk-Smith with Kevin Dooney fourth and Conor Dooney fifth. Hanrahan held on for sixth place ahead of Caldwell and Doploskas, who had run a marathon the previous weekend.

Darragh McElhinney of Bantry AC was first of the U20 men, beating Jamie Battle of Mullingar Harriers into second place. Third was Michael Power of West Waterford.

The races was also a trial for next month’s British and Irish Masters International in Derry and first home of the declared masters was Paddy Hamilton of Slieve Gullion AC. He finished in 24:00 exactly and will lead the Irish M35 team in Derry. 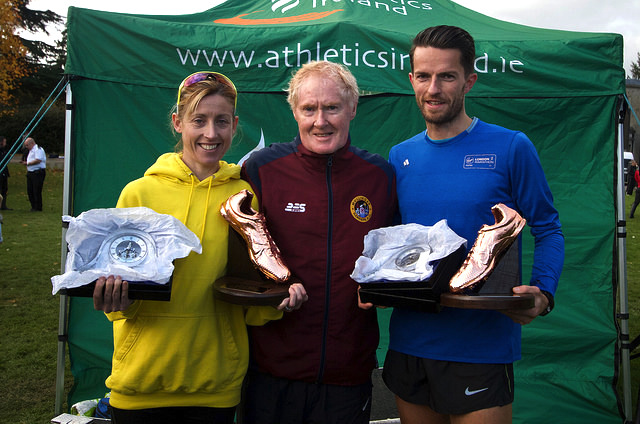 Building an uncatchable lead from the start of the women’s 6km race was current Irish cross country champion Shona Heaslip of An Riocht AC. Behind her, Scottish visitor Mhairi MacLennan along with Michelle Finn of Leevale AC, Skerries AC’s Ciara Durkan, Jenny Nesbitt from Wales and Laura Crowe of An Riocht battled it out for the other places.

Heaslip crossed the line in 20:36, with MacLennan twenty seconds adrift for second and Finn just getting to the line ahead of Nesbitt for third. Durkan was fourth and Crowe sixth.

With the finish line in sight, Bandon’s Fiona Everard was leading the U20 race which at 4.5km, finished a lap ahead of the senior race. Not registering this, Everard headed out for a fourth lap. By the time she was called back, Laura Nicolson of Bandon AC had taken the victory ahead of Siobhra O’Flaherty of St Laurence O’Toole’s, and Avril Deegan of Ballyroan Abbeyleix and District. Everard finished 12th.

Of the declared masters, marathon woman Clare McCarthy of Leevale finished first and confirmed that she will lead the Irish team at the international. An impressive first W55 was Rose Lambe of Carrick Aces, who finished ahead of Riocht’s Niamh O’Sullivan, who coaches Shona Heaslip.

In the over 60 age group, Carmel Parnell of Leevale finished 22 seconds ahead of former Irish marathon champion Christine Kennedy of Galway City Harriers. Full results can be found here.

Raheny’s Mick Clohisey finished fifth in 49:02 at the Great South Run 10-mile race in Portsmouth. Next outing for Clohisey is the Dublin Senior Cross Country Championships on November 5 at Santry.

Ian Bailey and Shileen O’Kane were the winners at yesterday’s Garmin Mourne Skyline Mountain Trail Race. Bailey, a previous winner, finished in 3:57:18 with Seamus Lynch ten minutes behind for second. O’Kane used all her local knowledge to hold off the challenge of Megan Wilson, finishing in 4:56:43. Wilson was less than four minutes behind in 5:00:09.

London 2012 Olympian Linda Byrne of DSD was eighth overall and first woman in a time of 37:18 at the Longwood 10km in Co Meath on Sunday. The overall winner in 33:40 was Brian O’Kelly of Crusaders. Winner of the 5km was Kevin Kelly of St Coca’s in 15:33.