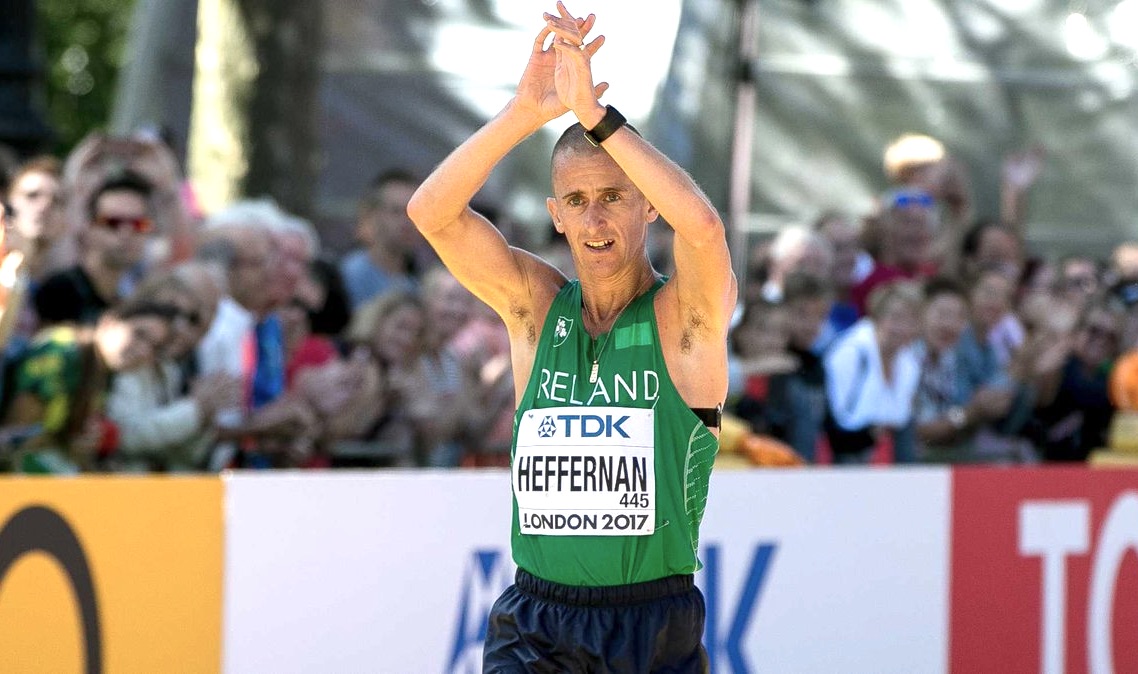 Rob Heffernan has been crowned Athlete of the Year, while Ray Flynn was inducted into the Hall of Fame at the Irish National Athletics Awards today (December 6).

World gold medalist Heffernan received the top award after finishing eighth in the 50km Race Walk at the World Athletics Championships. It was the highest placed performance by an Irish athlete in London this summer.

Heffernan, who turns 40 next February, also won the Endurance Athlete of the Year award, ahead of marathon man Mick Clohisey and fellow race walker Brendan Boyce.

Also, nominated for athlete of the year was Brian Gregan, who had a fantastic return to form in 2017 and qualified for the semi-finals in the 400m at the Wolrd Championships. Gregan did not go away emptied handed and was awarded Track and Field Athlete of the Year.

Double Irish record holder Ray Flynn was to be honoured with the induction into the Hall of Fame. Flynn, whose times for 1500m and the mile from the Bislett Games of 1982 are still the fastest ever recorded by an Irishman, ran an impressive 89 sub-4 minute miles during his career.

He competed at the Olympic Games of 1980 and 1984, making the final of the 5000m at the 1984 Games. In 1985, he helped set the 4×1 mile world record in UCD, Dublin, teaming up with Marcus O’Sullivan, Eamonn Coghlan and Frank O’Mara – three other athletes from the golden era of Irish middle distance running.

Based in Tennessee for many years, Flynn remains deeply involved in athletics through his company Flynn Sports Management and as meet director for the Millrose Games in New York, the oldest indoor meet in the USA.

While the National Athletics Awards is a celebration of the many successes of our international and national it also commemorates the association’s exceptional volunteer base. Al Guy was named as the Lifetime Achievement Award recipient – the pinnacle volunteer award while Pat Kelly of St Abban’s AC won the Outstanding Official of the Year.