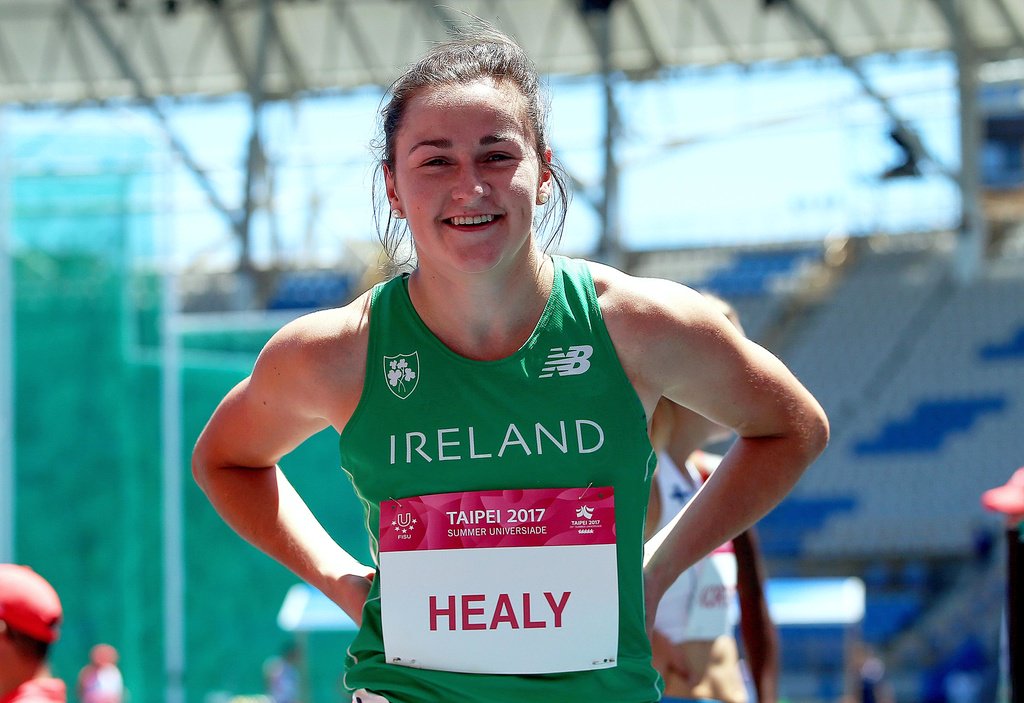 Ireland’s Phil Healy clinched a spot in the 200m final on day three of athletics at the World University Games in Taipei, Taiwan, while Sarah Lavin advanced to the semi-finals of the 100m hurdles.

Healy clocked an impressive 23.80 to finish second in the first of three semi-finals to secure one of two automatic qualification places for the final.

Before contesting the semi-final, the 22-year-old successfully negotiated her heat with an impressive win in 23.83, 0.26 seconds ahead of the nearest challenger.

The Irish national champion is back on the track on Saturday to contest the final amongst a strong a field at 12.55pm, and to watch live coverage visit livestream.com/fisu.

Lavin was first to line up for Ireland’s athletics delegation, taking to the track for round one of the women’s 100m hurdles with the first three in each securing automatic qualification.

Lavin’s posting of 13.54 in the last of five heats was good for the third automatic qualification spot.

The 23-year-old, who won an Irish national title in July contents the second of three semi-finals on Saturday (August 26th) in a field that British athlete Alicia Barrett.

Following the 200m semi-finals, Ireland’s Paul Byrne was is back in action for the 400m hurdles semi-finals.

Byrne made it through to the semi-finals with a time of 51.06 on Thursday.