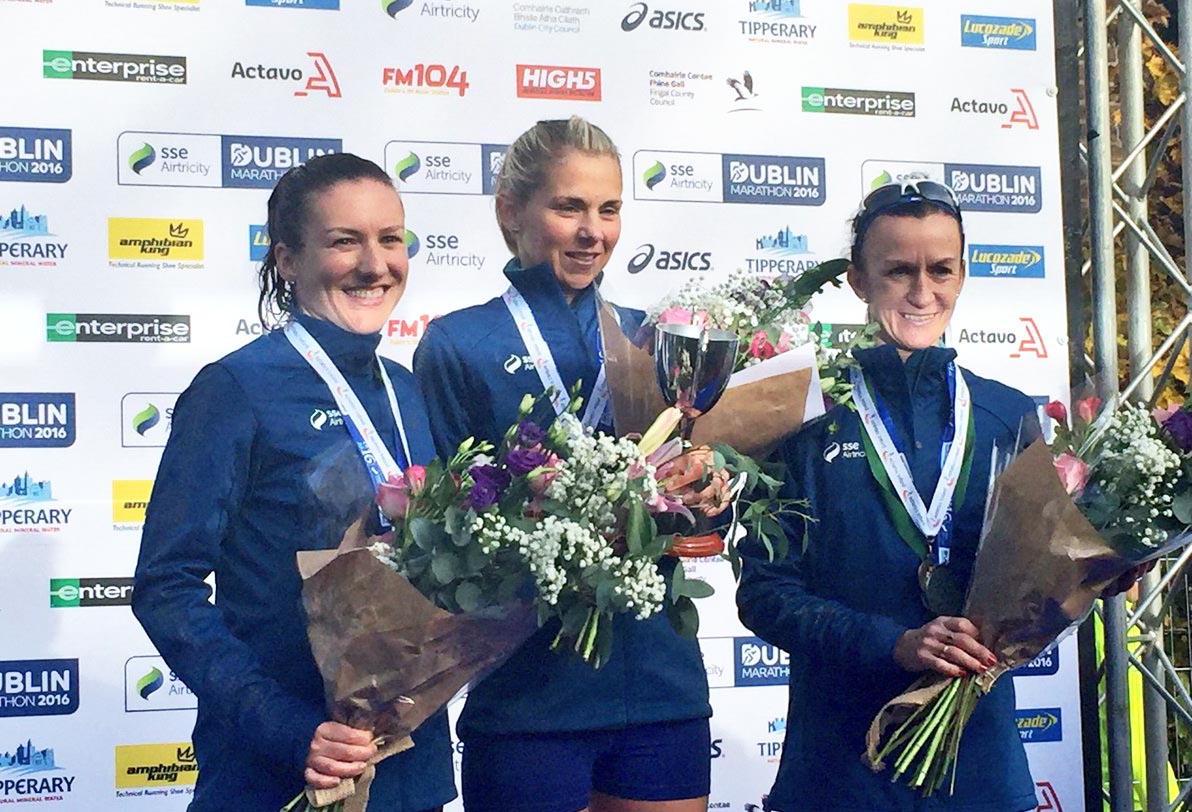 With the Dublin Marathon just over a month away, long distance races continue to dominate the Irish running calendar, with the Dublin Half Marathon this Saturday (September 23).

Among those pencilled in to run on Saturday is Caitriona Jennings of Letterkenny AC, who ran a personal best 75:38 at last Sunday’s Belfast Half Marathon.

The 2012 Olympian is clearly returning top form after finishing second in the National Half Marathon behind Gladys Ganiel O’Neill of North Belfast Harriers in early August and third in the Frank Duffy ’10’ a few weeks later.

She’s aiming to run the Dublin Marathon and go one better than last year when she finished the second Irishwoman behind Laura Graham of Mourne Runners.

Like Jennings, Stephen Scullion, the Northern Irish athlete who runs for Clonliffe Harriers is in training for the Dublin Marathon, and after his victory in the Frank Duffy ’10’ last month, is provisionally listed to run Saturday’s half marathon.

Confirmed entries for the race include Clonliffe’s Mark Kenneally, Tomas Fitzpatrick of Tallaght AC and Eoin Callaghan of Star of the Sea. Of the three, Fitzpatrick is the form man after finishing third in last month’s National Half Marathon with a time of 67:30.

Kenneally, who has a marathon best of 2:13.55 dating back to 2011 and was Ireland’s sole male marathon runner at the London Olympics, finished eighth in a time of 69:39. There are also rumours that an Ethiopian athlete Bereket Gebreslase may run.

In the women’s race, Clonliffe’s Barbara Sanchez and Maria McCambridge of DSD have both entered. France-based Sanchez ran 76:34 for fourth at the French national championships in Bourg-en-Bresse last March before lining out for the London Marathon where she finished in 2:47.36.

McCambridge is a surprise entry after a quiet summer since running the 1500m for her club DSD at the European Clubs Championships.

For the first time, the half marathon takes place on a course around North County Dublin from Newbridge House, near Donabate.

At the Berlin Marathon, the whole world will be watching the battle between the three leading marathoners, but also hoping for success, are Olympian’s Kevin Seaward and Breege Connolly, Commonwealth Games athlete Gladys Ganiel O’Neill and Irish national marathon champion Laura Graham, who are all after the Commonwealth Games qualifying standard.

In the team race, Raheny Shamrock’s men are aiming to retain the team title they won last year when they beat the host club. Rathfarnham are fielding a strong team which includes Louis McCarthy, Paul Stephenson, Brian Furey and Paul Fleming. Crusaders are the defending women’s champions.