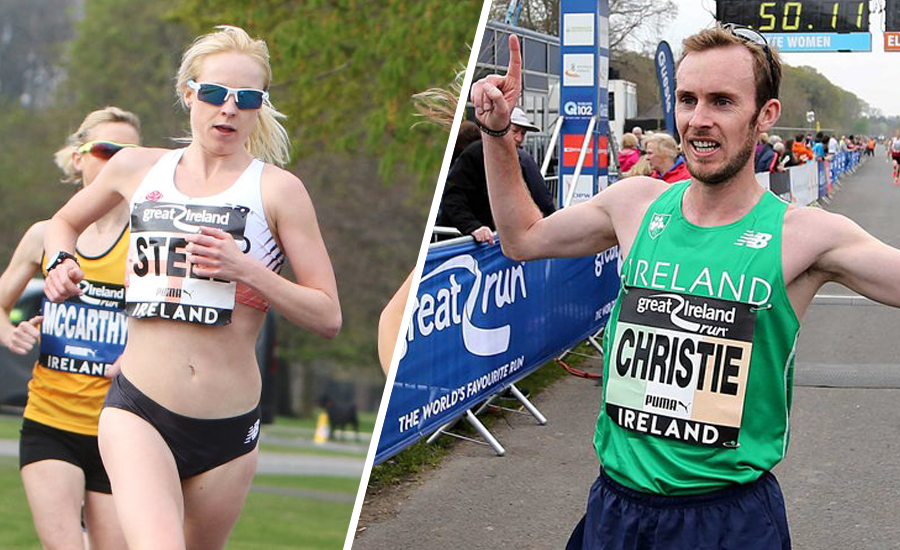 The Mullingar runner crossed the line in 29:30, 11 seconds ahead of England’s Graham Rush in 29:41. Completing the top three was Irish Olympic marathon runner Mick Clohisey in 29:44.

Clohisey’s third place finish in the overall race, also won him the Irish national silver. In forth place and completing the national 10k podium was Sergiu Ciobanu.

Commenting after his win Christie said: “The Great Ireland Run 10K is a challenging course, so I’m delighted to have crossed the finish line first.

“The atmosphere was electric and I’ll definitely be back to regain my title in 2018.”

In the women’s race England’s Gemma Steel returned to a happy hunting ground, and put in a fine performance to win her third Great Ireland Run title. The former European cross country champion crossed the line in 34:15.

Unfortunately spectators missed out on Steel reigniting her rivalry with Ireland’s Fionnuala McCormack, who withdrew late on Saturday evening as an injury precaution. Second place in the women’s race went to England’s Jenny Spink in 34.24.

McCarthy finished forth overall in 34:47, to claim second place in the Irish national 10k, and Shaughnessy finished in 35:04 for the national 10k bronze.

The Irish team successfully defended the Sean Kyle Cup in the Ireland Vs England competition.