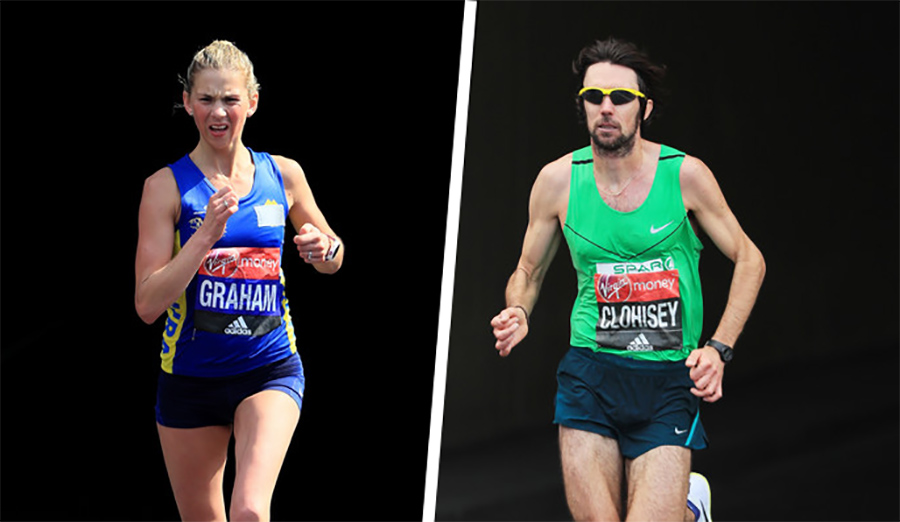 Laura Graham and Gideon Kipsang took top honours at the Bangor 10km, while Mick Clohisey was the best of the Irish at the Cardiff Half Marathon.

Just a week after running a personal best at the Berlin Marathon, Laura Graham of Mourne Runners was back on the Northern Ireland roads winning the Bangor 10km in a time of 34 mins 47 secs. Graham also won this race last year.

The overall winner of the race was Gideon Kipsang who came agonisingly close to breaking the half hour when he finished in 30 mins 3 secs. In a race with long gaps up front, Paddy Hamilton of Slieve Gullion Runners, who is on the comeback trail after injury, finished second in 31 mins 30 secs.

Best of the Irish at the Cardiff Half Marathon was Mick Clohisey of Raheny Shamrock who ran at a steady five minute per mile pace to finish 14th of the men in 65 mins 33 secs. Although it is less than two months since the World Championships marathon where he finished 22nd in 2:16.21, his time wasn’t far off his personal best of 64 mins 25 secs run last year.

Tallaght’s Tomas Fitzpatrick finished 24th and third M35 in 69 mins 13 secs while Sean Hehir of Rathfarnham WSAF was one place behind in 69 mins 52 secs. Fitzpatrick, who is returning from injury, has a best of 66 mins 05 for the distance from Bath in 2016.

Hehir’s best of 65.39 dates from Berlin this year. All three men are listed for the SSE Airtricity Dublin Marathon at the end of the month. For both Clohisey and Hehir, it would be the third marathon this year if they do indeed run.

Merritt finished almost two minutes clear of the field in 83 mins 13 secs. Second was Mark Smith in 85:10, with Michael Corbett a close third in 85:18. McCarthy, who ran the marathon at the World Championships last August, finished ninth overall in 90 mins 9 secs.

Andrew Connick and Niall Tuohy made it a Ferrybank one-two an the annual West Waterford Open Cross-Country in Dungarvan.

Connick led the men’s 8km in the grounds of St Augustine’s from the start chased by Tuohy and Frank Quinlan of Waterford AC. He won in 25 mins 55 secs, with Tuohy sprinting home for second in 26:14 and Quinlan third in 26:45.

First of the women who started off with the men and ran two 2km laps was Orla Quelly of Ferrybank AC who finished comfortably clear of her team mate Louise Morgan. Natalie Sheehan of West Waterford was third. Ferrybank won both team categories.

Midweek Preview
Coming up on Tuesday (7pm) in Longford is an Irish Runner Magazine-organised Paced Mile to celebrate the 35th anniversary of local man Ray Flynn’s Irish mile record of 3 mins 49 7 secs st at the Bislett Games, Oslo in July 1982.

The Paced Mile will be followed by a social evening in the Longford Arms including an on-stage chat with Ray Flynn, who is on a visit home from his base in Tennessee, USA. See www.irishrunner.com