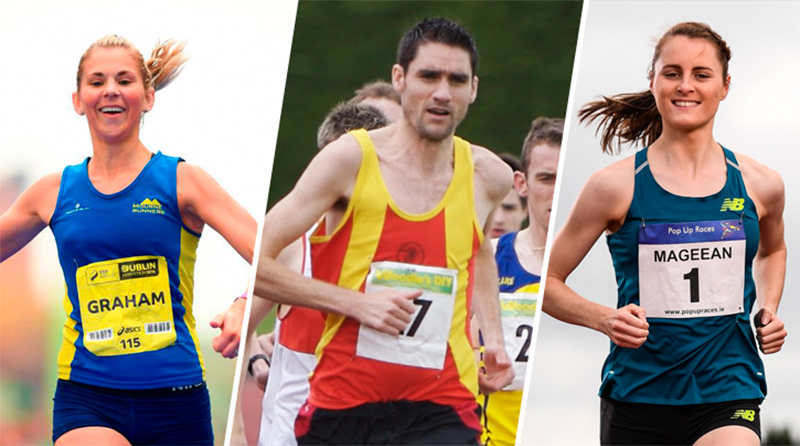 Laura Graham set a new course record at the GR8 Dundrum Run and Tomas Fitzpatrick won the Donadea 10km, with an appearance by Ciara Mageean.

Laura Graham improved on her own course record to finish sixth overall and first woman in 48:51 at the GR8 Dundrum Run, an eight-mile multi-terrain race run held in Co Down.

In less than two weeks time, Graham will defend her Irish women’s marathon title at the SSE Dublin Marathon.

Scotland-based Jonathan Roebuck of MRF Running was the overall winner of the race in 46:58. Kent Swann of North Belfast Harriers was second in 47:52 and Timothy Johnston of Mourne Runners third in 48.21. The second woman was the veteran Cathy McCourt in 53.04.

A total of 759 completed the race and full results can be found here.

Athletics NI’s Cross Country League opened this on Saturday with the Comber Cup in Dundonald. In the men’s 8km race it was Neil Johnston of Springwell RC who took top honours. Johnston got the better of Newcastle’s up-and-coming Patrick McNiff and last year’s winner Mark McKinstry of North Belfast Harriers with a winning time was 27:28.

Tomas Fitzpatrick of Tallaght AC, who will also compete in the Dublin marathon, won the Donadea 10km in Co Kildare with a time of 32:04.

Almost a minute behind in 33:10 was Brian McMahon of Clonliffe. On a good day for the McMahon household, Sarah McMahon, wife of Brian, was sixth overall and first woman in 37:46. Finishing fifth woman was track specialist 1500m Ciara Mageean of UCD. Olympian Mageean is a brand ambassador for the race organisers.  Full result can be found here.

At the Kearney and McBride Cups 5km in Bush Co Louth, Clonliffe’s Sean Doran was the winner in 16 mins 3 secs, with Shane Toner of host club Glenmore three seconds behind for second. In third place, North East Runner’s Brian McCluskey was leading his club to team victory. First woman was Debbie Matchett of Ballydrain Harriers in 19 mins 33 secs. Full results can be found here.

Coming up on Tuesday, October 17 is the Irish Life Health Leinster Schools Combined Events Championships which will take place in Abbotstown (10.0).

Highlight last year was the girls’ inter competition won by Ruby Millet of Kilkenny College with a score of 3428 – the highest of the day. Absent that day was Kate O’Connor of St Gerard’s Dundalk, who went on to finish a brilliant third at the European Combined Events Team Championships 2nd League, in Monzon, Spain last July.