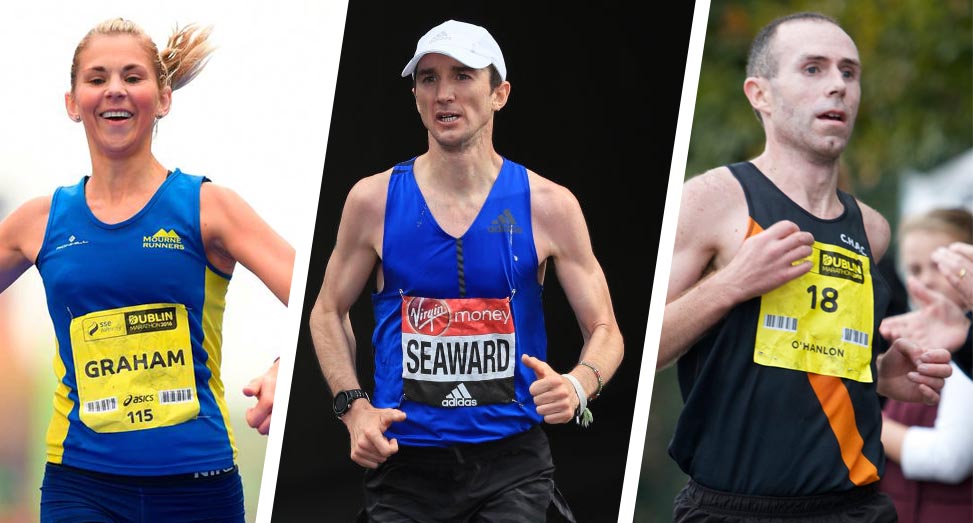 Laura Graham, Kevin Seaward and Gary O’Hanlon all impressed at 44th edition of the Berlin Marathon on Sunday (September 24), while Maria McCambridge and Berekat Gebraslase took top honours at Dublin Half Marathon.

Irish national marathon champion Laura Graham ran an impressive 2:37:05 to finish 14th in the women’s race in the German capital. Although the 31-year-old’s time took a massive chunk off her personal best, it was an agonising five seconds off the Commonwealth Games consideration time.

Graham’s best time before today was the 2:41:17 she ran to win the Belfast Marathon last May.

Just one place behind Graham in 15th overall and first W40 was Gladys Ganiel of North Belfast Harriers who recorded a personal best time of 2:37:55, knocking almost a minute off the 2:38.53 she ran in Seville in 2016. Graham and Ganiel now move into first and second places on the current Irish rankings ahead of Clare Gibbons McCarthy.

In the men’s race, Kevin Seaward of St Malachy’s did enough to get inside the Commonwealth Games consideration time when finishing 19th in 2:15:50. His time was outside the 2:14:52 he ran in Berlin two years ago – a time which qualified him for the Rio Olympics. Seaward now moves into second on the current Irish rankings behind his Irish teammate Paul Pollock.

Finishing the first M40 in a personal best 2:19:25 was Gary O’Hanlon of Clonliffe Harriers. He dominated this category finishing with eight minutes to spare on second-placed Bjorn Ivar Nilsen of Norway. “Delighted to be getting faster despite getting older. Age is just a number,” said a delighted O’Hanlon after finishing.

In the wheelchair race, Irish record holder Patrick Monahan of the Le Cheile club in Co Kildare finished 13th in 1:46.24. That put him over 17 minutes behind Swiss superstar Marcel Hug who finished in 1:29.03.

McCambridge’s time of 82:26 was off her best, but the victory will be a considerable confidence booster before next month’s Dublin Marathon. In second was Raheny’s Tara Kennedy Monks.

Maria McCambridge takes home the ladies title at the @sseairtricity #DublinHalfMarathon in a time of 1:22:24 (TBC) pic.twitter.com/s0oH4OTbd4

The overall winner of the race in a time of 66:45 was Ethiopian visitor Berekat Gebraslase, who forced the pace from the start. Behind him came Valdas Dololskas of Balbriggan and District in 67:11, while making a respectable half marathon debut to finish third in in 68:52 was John Coghlan of MSB.

As suspected, other big names aiming for the Dublin Marathon did not show, most of them having already run half marathons in the past few weeks and others targeting next weekend’s Cardiff Half Marathon.

Clohisey posted 19:08 for the win, while McCormack’s time of 21:10 was a new women’s course record. Behind McCormack were Irish 5000m and 10,000m champion Emma Mitchell and Catherina McKiernan in third.

Rathfarnham 5km – Dublin, September 23
A day later, Brian Maher of KCH shook off the challenge of Raheny’s Conor Dooney to win the Rathfarnham 5km in Dublin. 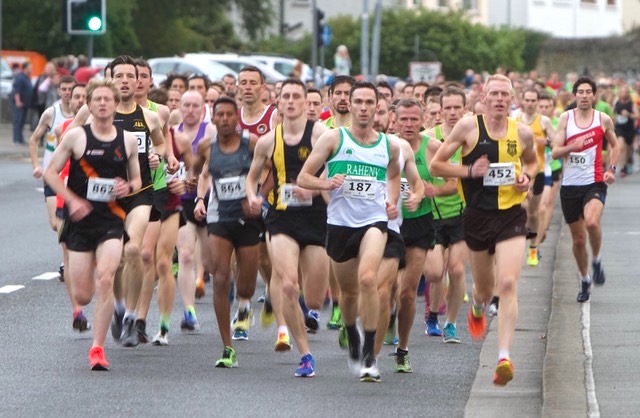 Making a comeback to the roads to finish the first woman was Ciara Durkan of Skerries AC in 16:46. She was followed by Donore twins Ide and Sorcha Nic Dhomhnaill, who helped Donore to victory in the women’s team category. Home side Rathfarnham WSAF, with Paul Stephenson in sixth place, were untroubled winners of the men’s team category.

Loughrea 10km – Co Galway
In Co Galway, Rathfarnham’s Sean Hehir, who runs in the Cardiff Half Marathon next weekend, was the winner of the Loughrea 10km in a time 31:59. Finishing second and first M40 was Matt Bidwell of Galway City Harriers in 34:29.

Vadrafjord 5-Mile – Co Waterford
In Waterford, Ferrybank’s Andrew Connick was an easy winner of the Vadrafjord 5-Mile in 25:33, followed by Brian Murphy (Carrick-on-Suir) in 26:08, with Warren Roche (Ferrybank) third in 27:27.

Ruth Fitzgerald was first women in 30:30 followed by Kate Veale of West Waterford and Ciara McSweeney.