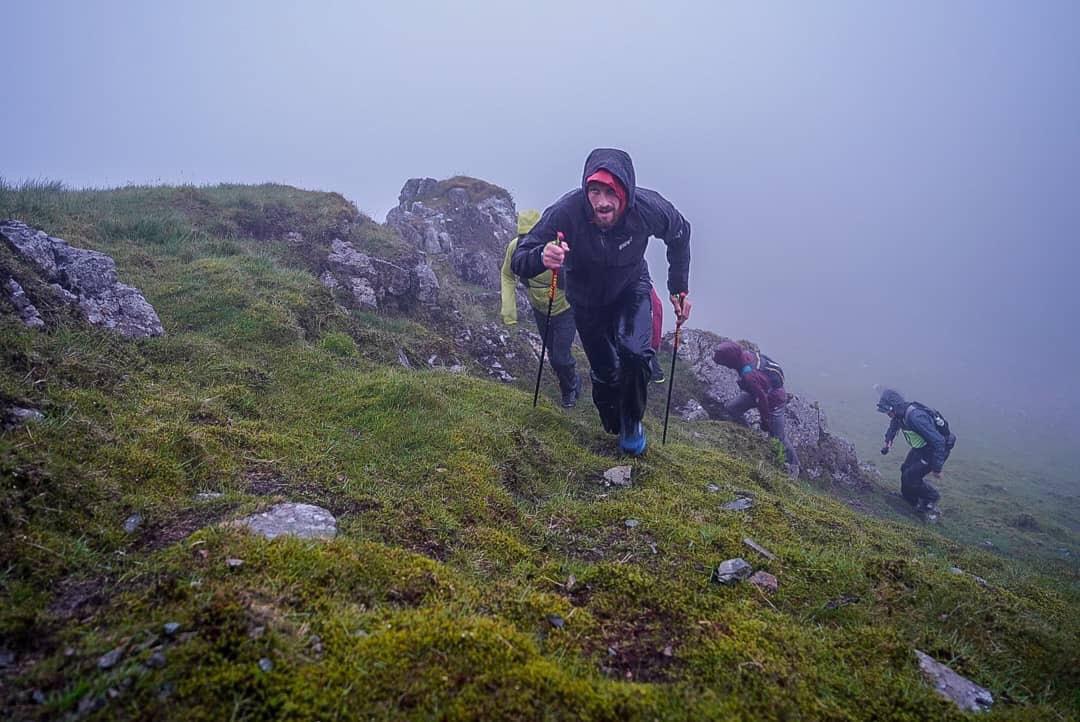 Trailer launched for film about Paul Tierney’s Wainwrights Record in the Lake District.

Earlier this year inov8 sponsored man mountain Paul Tierney  attempted to break the record for completing all the Wainwrights in one go. 214 Peaks, 318 Miles, 36,000 Metres Elevation in the English Lake District. Dave MacFarlane, of DMTwo Media, has made a lovely film about it and here’s the trailer.

Alfred Wainwright is famous for his seven volume Pictorial Guide to the Lakeland Fells he authored about his favourite hills and a few years back Steve Birkumshaw ran all of them in one go, with a few wee sleeps along the way, to set a record of six days and 13 hours. Before that Lakeland legend Joss Naylor held the record of seven days.

And in the spirit of the fell running community Birkumshaw and Naylor were on hand to help Irishman Tierney when he decided to have a crack at the long run himself.

Running around your home hills

“I decided to try it because I was inspired by Steve’s attempt and the film and his book were reminders for me of how deep he had to go to get the record.” said Tierney when asked why he wanted to attempt such a huge undertaking. “For me one of the things I like most about endurance sports is someone’s ability to keep pushing long after the fun wears off”

The Irish international relocated to Lakes with his partner, and probably even more accomplished mountain runner, Sarah McCormack and their dog Quilla.

“Just the act of stringing all the Wainwrights together in one long run was very motivating. I wanted to see if I could do it,” said the two time Tor des Geants finisher. “If I didn’t live in the lakes then I may not have been attracted to it as much. But being able to train on and recce the route made it seem more possible to at least attempt.”

We’ll let the trailer speak for the upcoming movie by Dave MacFarlane and inov8, which will be premiered at the Kendal Mountain Festival in November.

But one more word from Paul, on if it really did stop being fun?

“Yes it really f**king did” laughs Tierney. “The second half of day 6 was agony on my knee and I was totally knackered. There were lots of other low points but they wouldn’t last very long.”

“I think that bit where I said it wasn’t fun anymore [in the film trailer] was the Tuesday morning. I really struggled just to get out of the van that morning and at the time wondered how I’d manage to do another two and a half days.”

The premiere screening at Kendal Mountain Festival sold out quicker than an inov8 sample sale at the Iain Hodgson Fell Relays, but if you’re lucky you might see the big man himself talking about it in his sexy Irish accent on one of the breakout sessions.