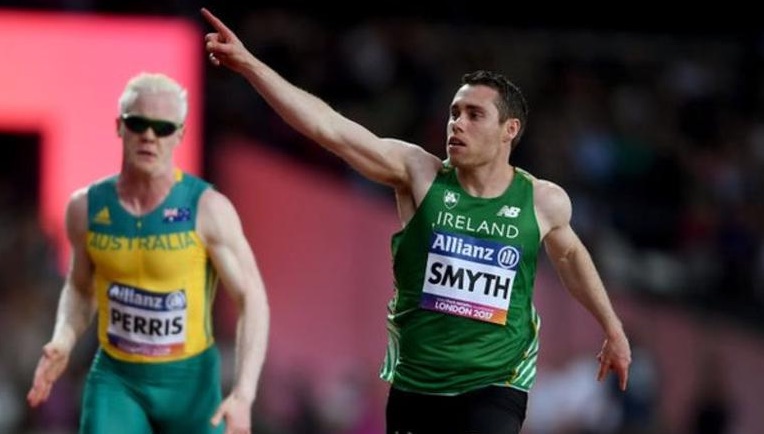 Ireland’s Jason Smyth secured another back to back 100-200m double, after winning gold in the T13 200m, at the World Para-athletics Championships in London.

Smyth’s latest gold medal, comes only days after his victory in T13 100m.

Gold Smyth delivered again 🇮🇪@smyth_jason, champion of the 🌎 in the T13 200m 🥇 pic.twitter.com/uW9TIdrx2Q

30 year old Smyth showed no signs of age catching up on him, as he continued his dominance of Para-athletics.

The Irish athlete is now undefeated in both events in every Paralympics and Worlds Championships since 2008.

Speaking afterwards Symth thanked the support he’s received from the British and Irish fans saying: “Is there things more incredible than standing at the start line and hearing people shout for you?”

“It’s incredible”@smyth_jason wishes everyone was like the 🇬🇧 crowd ☘️ pic.twitter.com/hYlNiFGiJ8

Day five was the first time of the World Championships that Great Britian failed to win a medal.