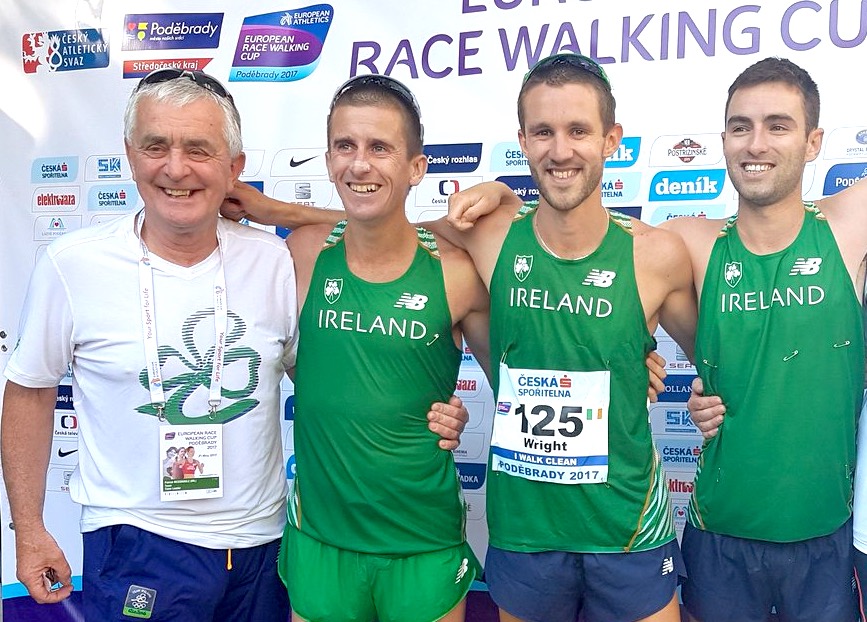 Patsy McGonagle has today confirmed (October 26) he is stepping down as manager of the Irish Athletics team after 25 years at the helm.

Although McGonagle was recently re-offered the post by Athletics Ireland until Tokyo 2020, after careful consideration he felt the time was right to step aside and allow new blood to take over the duties.

“It was a huge honour for me, especially being from rural Ireland in Donegal, to have been appointed to manage the National team on so many occasions,” said McGonagle.

“I have so many highlights – the Olympic medals won by Sonia O’Sullivan in Sydney 2000 & Rob Heffernan in London 2012 and the World & European Championships championship medals also won by Olive Loughnane, David Gillick, Derval O’Rourke, James Nolan, and more recently from Mark English from my own county and Ciara Mageean.”

“I never tired of seeing the Irish flag raised for a medal ceremony and hearing Amhrán na bhFiann being played in stadiums around the world.”

A graduate of St Mary’s College of Physical Education in London in 1972, the Ballybofey man was one of the early pioneers of full-time PE teachers in Ireland.

Following his last selection as team manager at the IAAF World Championships London 2017 in August, he has been approached by numerous people to record the many stories he has lived through and is currently considering compiling them for a book.

He will continue to devote his energy to his beloved Finn Valley Athletics Centre and has plans to expand the facilities beyond the existing athletics track, swimming pool, astro turf, and indoor facilities in what is a great example of coordinated sports facilities for the community.