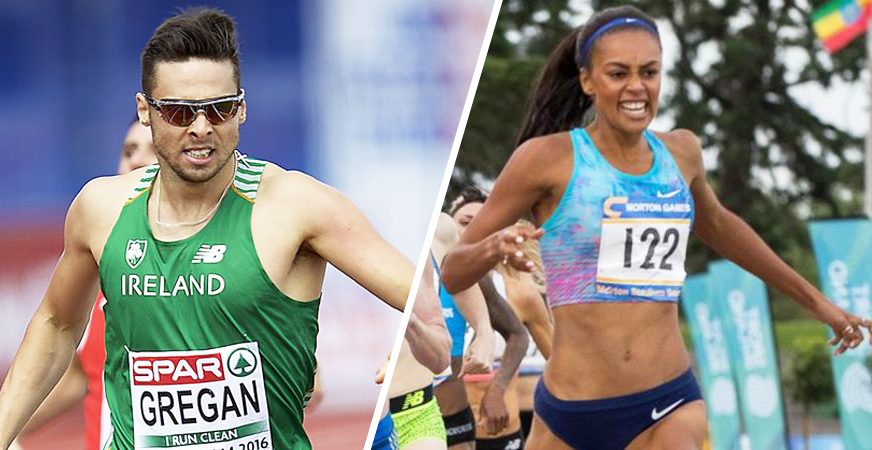 Irish 400m runner Brian Gregan, was the star of the show at last night’s Morton Games, in Dublin.

Gregan’s gutsy performance saw him record a new personal best of 45.26, bettering last month’s time in Geneva by 0.20 of a second. His closest challenger, Brazilian athlete Anderson Henriques finished over a second behind, with Britain’s Conrad William completing the podium places in 46.78.

Afterwards, Gregan paid homage to the fans in Dublin, saying: “I’m delighted, I never usually feel good when I’m running fast, but the crowd lifted me that last 100 metres.”

The Irish athlete will now put his attention to the World Championships, and after recent performances, Gregan should have real optimisation of his prospects in London.

In the eagerly anticipated women’s 800m, fans expected to see last year’s 1st and 2nd, Ireland’s Ciara Mageean and Britain’s Alex Bell, fight it out once again for the top podium spot.

However a new participant in the Morton Games, Adelle Tracey had other ideas. The Great Britain 800m athlete showed her class, powering across the line in 2:01:53.

24-year-old Tracey, who finished 6th in the 800m at the recent Anniversary Games in London, showed she is in the right form heading into next month’s World Championships, where she will aim to dip under the elusive two-minute mark.

In the men’s 800m, Morton Games regular, Great Britain’s Kyle Langford, once again showed his potential, kicking over the last 100m to take the win in 1:46.98.

The meet’s marquee race the ‘Morton Mile’ didn’t disappoint either, producing an exhilarating finish, with USA’s Robert Dominic taking the victory in 3:55.71, just ahead of Australia’s Morgan McDonald.