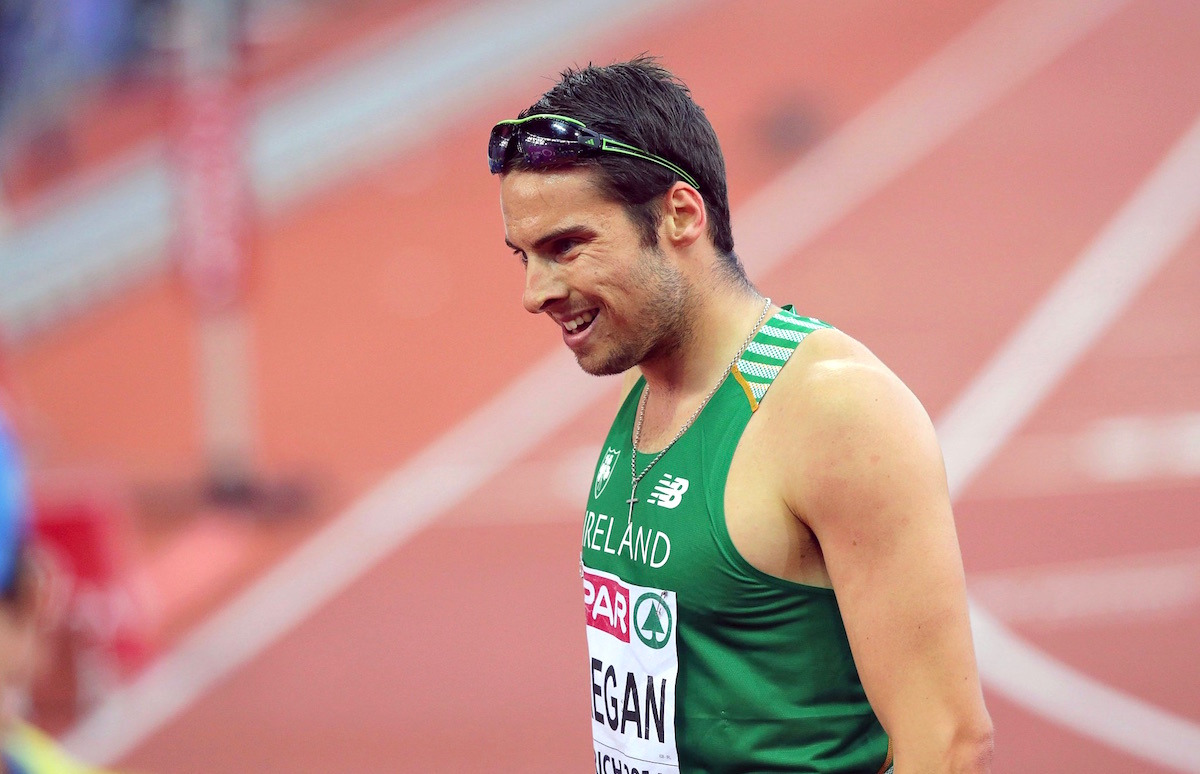 Ireland’s Brian Gregan made it through his 400m heat with a brilliant performance at the World Championships in London.

The 27- year-old came around the bend in fifth place, before kicking powerfully on the home straight to finish third in 45.37, automatically qualifying for the semi-finals on Sunday evening.

Heading into the World Championships, Gregan had stated his first goal was to make it out of the heats, and after running his second fastest ever time he has more than done that.

In the form of his life, the Irish athlete will enter the next round full of confidence and with every chance of making it into the final.

Steven Gardiner of Bahamas took the win in 44.75.

Speaking afterwards Gregan said: “I stuck to my game plan. I was ranked 6th and finished 3rd.”

‘I stuck to my game plan. I was ranked 6th and finished 3rd.’ Brian Gregan post race qualification #IAAFWorlds pic.twitter.com/qQ6W0YQK5d

In 400m heat five, Britian’s Martyn Rooney bursted out of the blocks, but with 200m to go lacked the pace needed to kick on to secure one of the three automatic qualifying places, finishing sixth in 45.75.

In the men’s 800m heats Ireland’s Mark English finished fifth in 1:48.01, missing out on a qualifying place for the semi-finals.