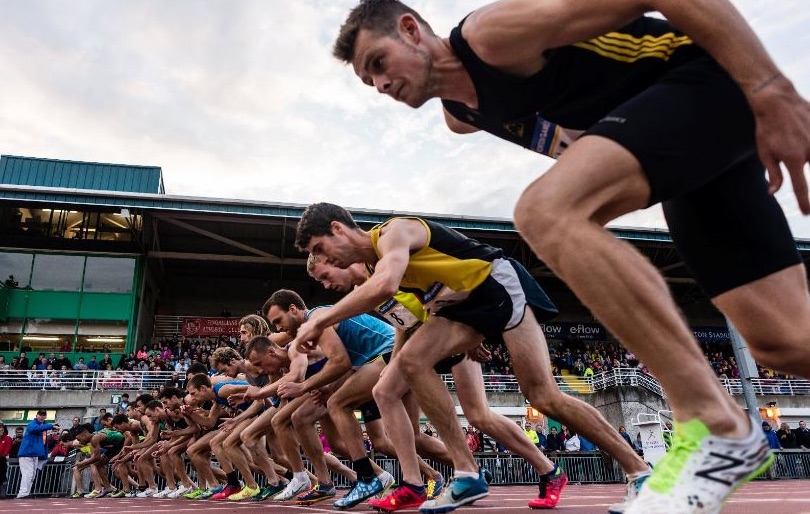 The meet is of the best athletics events in the Irish calendar and sees stars from around the world coming together with Irish and British athletes.

In the Women’s 800m, Irish star Ciara Mageen, will go head to head once again with Great Britian’s Alex Bell.

Both athletes featured strongly at the last weekend’s Anniversary Games in London. In the 800m Alex Bell finished 8th in 2.00.62, while Ciara Mageen finished 7th over the mile, recording a new PB and Northern Irish record in the process.

Great Britian’s Adelle Tracey, Ce’Aira Brown from the US, and New Zeland Olympian Angie Petty, will also be in contention for a podium place in this year’s 800m race. In the Morton Games Men’s 800m, Ireland’s Mark English has unfortunately withdrawn. English, who ran in last weekend’s Anniversary Games, will instead focus on his preparation for next month’s World Championships in London.

However, following English’s withdrawal, Morton Games organisers revealed that one of the world’s top middle distance runners, Charlie Grice would feature in the race. The British athlete, a finalist in the 1500m at the 2016 Rio Olympic Games, has a 800m personal best of 1.45.53. Probably the most famous race in Irish athletics, the Morton Mile, will bring Wednesday night’s athletics to a close in Morton Stadium.

In 2016, the race had an astounding 11 athletes running under 4 minutes, setting a new record for the most sub 4 minute miles, in the one race, on Irish soil.

Last year’s winner Johnny Gregorek from the US will not feature this year as he focus on the World Championships. However, last year’s 2nd and 3rd, USA’s Kyle Merber and Colby Alexander will return and fancy their chances of taking the top podium place.

Also challenging for a podium place will be Australia’s Sam McEntee, and the Mexican record holder Daniel Herrera.

Also confirmed for the Morton Mile is Great Britian’s Tom Marshall who is going for his first his sub 4 mile outdoor. The Cardiff runner has broke 4 minutes indoor, running 3:59.84 at the Athlone Grand Prix earlier this year.

Looking to run sub 4 for the first time are Irish trio of Sean Tobin, Danny Mooney and Kieran Kelly.