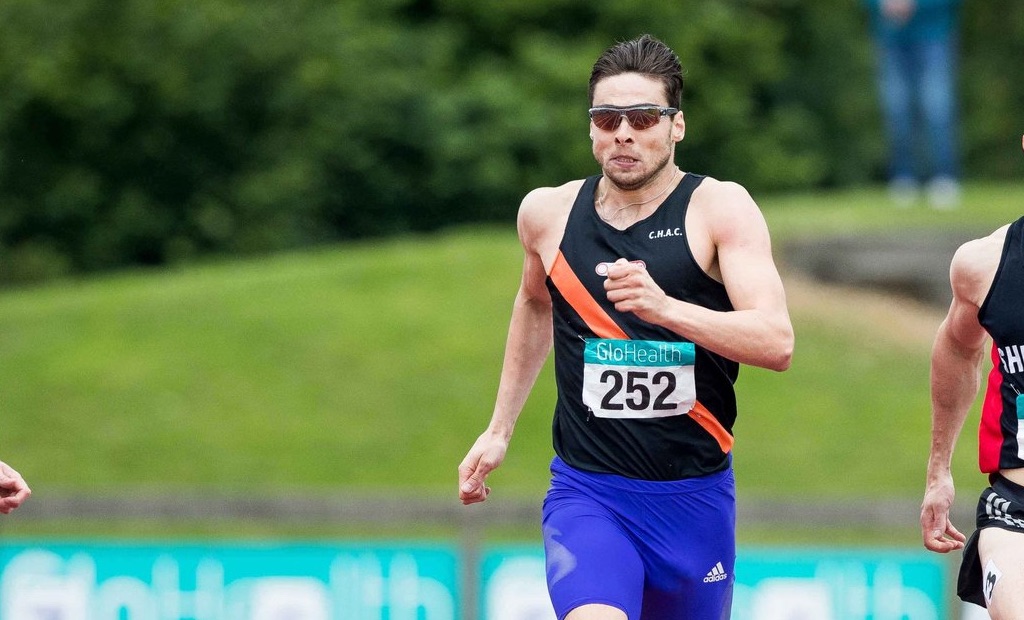 Brian Gregan is once again the Irish 400m champion, winning in 45.74, at the Irish National Track and Field Championships in Dublin. Not to be outdone, Irish women’s 400m has a new star, after Cliodhna Manning’s sensational win.

Gregan has been in the form of his life this summer and today’s commanding performance, see’s the Irish athlete record his eighth straight win in all races.

Earlier this month Gregan recorded a personal best on the same track, delighting fans at Morton Stadium, and after defending his national title will be full of confidence heading into next month’s World Championships.

In the woman’s 400m, Cliodhna Manning was the surprise winner. Manning put in a sensational performance to win in 53.25, adding to her second place in yesterday’s 200m final.

The young athlete’s winning time is the fastest Irish 400m recorded this year. Manning, who has spent most of her athletics career running 200m may consider stepping up to 400m after today’s sensational performance.

Shock the overwhelming emotion for @Cliodhna_95 after winning the women’s 400m in 53.25. Superb performance from the Kilkenny woman. pic.twitter.com/nJBCf1i12t

Defending 400m hurdles champion Thomas Barr once again showed his class as he took the win in 49.79, his seventh consecutive national title.

Barr was challenged the whole way by training partner Paul Byrne, with the Olympian’s strong finish making the difference over the last 50m. Byrne crossed the line in 50.24 to take second. Jason Harvey finished third in 51.19.

Barr said: “I was hoping for a strong finish and I’m glad I did have it.”

In the 800m, Ciara Mageean cruised to the win to claim the Irish national title. Running in the familiar UCD vest, Mageean’s victory was never in doubt during the race. The Olympic athlete crossed the line in 2:04.06, Claire Mooney was second in 2:04.23, and wasn’t too far behind at the end after a burst of speed over the last 20m. Louise Shanahan finished third in 2:08.57.

Speaking after the race Mageean said: “I would have wanted to finish a bit stronger, but I need to be tough like that, work on that finish.

“Getting two races back-to-back this weekend has been perfect for London, and I’m going over there looking to make that final, knowing I’m being part of the best athletes in the world.”

Emma Mitchell continued her impressive 2017 form to win both the 1500m and 5000m Irish national titles. After this weekend’s national championships, the young Northern Ireland athlete will now compete in the World University Games.

Incredible weekend for @EmmaMitchell05, who took her second gold medal by powering to victory over 1500m to add to her 5000m win yesterday. pic.twitter.com/iuHKu4P71o

Unfortunately O’Flaherty’s winning time of 10:01.40 is outside the qualifying time for next month’s World Championship in London. Jessica Coyne completed the podium places, crossing the line in 10:34.26

Speaking about his preparation going ahead of London next month, English, who has been struggling with an injury said: “It hasn’t been perfect but today will hopefully to me good going into the World Championships.”

In the women’s 400m hurdles Nessa Millet claimed the national title, crossing the line in 1:01.34.

Phil Healy once again demonstrated why she is tipped for great things, running strongly in 23.56 to claim the women’s 200m national title. In the men’s 200m Eanna Madden won impressively in 21.07.

In the men’s 1500m Sean Tobin outclassed the field to win in 3:53.90. The US-based athlete has had a string of good performances on Irish soil including his first sub 4-minute mile since 2014 at the Morton Games earlier this month.