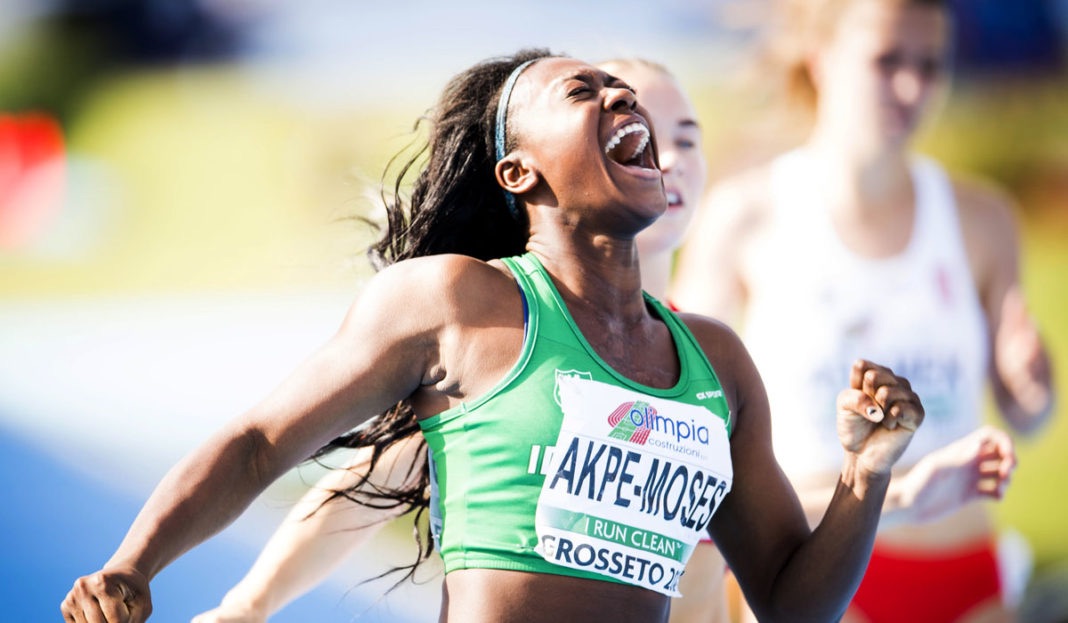 Teenager Gina Akpe-Moses, who won European under-20 100m gold for Ireland, is ready to face two medalists from the recent World Championships at the Great North CityGames today (Saturday 9).

Akpe-Moses made headlines this summer after taking the 100m gold at the European U20 Championships in Grosseto, Italy, to become the best women’s under-20 sprinter in Europe.

The 18-year-old’s victory was also a historic moment for Ireland, clinching the country’s first European women’s sprint gold at U20, U23 or senior level.

While the atmosphere will be a fairly friendly in this end of season race, stepping on to the track to face sprinters at the level of British duo Asha Philip and Desiree Henry and South Africa’s Carina Horn, represents the next big stage in Akpe-Moses’s track career.

Philip and Henry, who were instrumental members of Great Britain’s silver medal winning quartet at the World Championships in London have season’s best 11.14 and 11.09 respectively, compared to Akpe-Moses’ lifetime and season’s best 11.56 (0.16 seconds outside of the Irish national record).

“This is a whole new experience for me but as much as I am nervous, I’m also really excited to be taking part and I’m ready to run the best that I can,” said Akpe-Moses when we asked her about racing at the Great North CityGames.

Following the unique race on the tailor-made running track on the bank of the River Tyne, Akpe-Moses, who is now based in England and runs with Birmingham club, Birchfield Harriers, turns her attention on qualification for next year’s World Junior Championships.

Regardless of the finishing place in Saturday’s race, the experience and lessons learned from lining up with sprinters of this calibre is another important step in the 18-year-old sprinter’s exciting track career.

The women’s 100m race is scheduled for 1.25pm and live coverage is available on the BBC from 1.15pm.