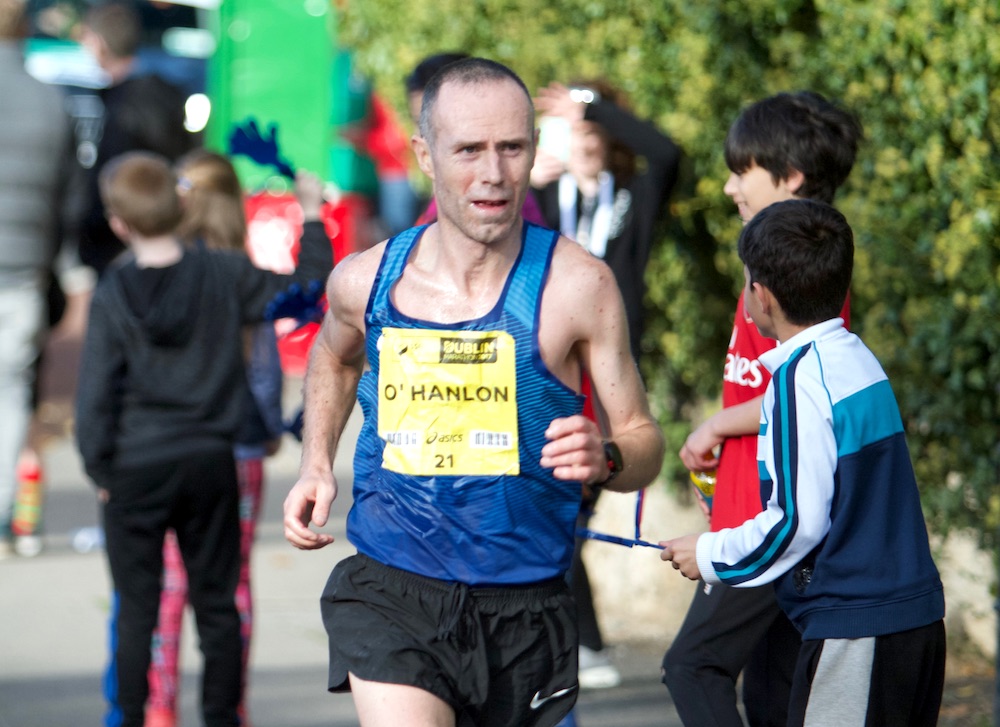 Gary O’Hanlon, who was the first Irish-born runner to finish the Dublin Marathon, is now the Irish national champion after Freddy Sittuk was declared ineligible to receive the title.

Following a meeting of the Competition Committee of Athletics Ireland on Wednesday night (November 1), Gary O’Hanlon, who finished second to Kenyan-born Freddy Sittuk, has been named the Irish National Marathon champion.

Sittuk was confirmed eligible by his club, Raheny Shamrock AC prior to the race, but following the receipt of information after the event it has been confirmed that he had failed to meet the required eligibility criteria of “an unbroken 6 months residency” in Ireland – and as a result has been stripped of the Irish title.

Under the rule agreed by the delegates at the 2016 Athletics Ireland Congress, an athlete with an unbroken 6 months residency in Ireland immediately prior to the Championship, is eligible to compete for the National Championships title and medal positions.

It is understood that in the weeks prior to the Dublin Marathon Sittuk had spent time in Kenya.

Commenting on the situation, Athletics Ireland’s Competition Committee Chairman John Cronin said “the information initially received by the Association indicated that Freddy Sittuk was eligible and therefore he was deemed champion on Sunday.”

“Once we received information from the club stating that the athlete had, in fact, not met the criteria, the Committee met to discuss the situation and Gary O’Hanlon has been deemed Marathon Champion”, he added.

“The process for confirming residency eligibility for National Championships has, up to this event, worked well but the fact that Gary was not awarded this title and his gold medal on Sunday is very regrettable”, Cronin said. “We do, however, look forward to presenting Gary with his Championship title and medal shortly,” he added.

After crossing the line at the Dublin Marathon with a 2:18:54 PB, O’Hanlon was sure he had won the Irish national title. “I didn’t know he [Sittuk] was part of the national field, was only told after I crossed the line,” said O’Hanlon to the Irish Times.

“Look, I was sure I’d won the national title, and in my head, that’s the way I ran my race too. I don’t mean to knock it, but this opens the gates, and we could be flooded now with athletes coming here to win national titles.

“You hear about these Kenyans running for Turkey, or where, and Fionnuala McCormack giving out about missing out on medals. It’s different if they’re living here on a permanent basis.

“I’ve always wanted to win a national title, and I ran a best by a minute here, so in my mind I am national marathon champion. I was thinking a lot about that coming in the closing mind, my new born son (Ben), and how I was going to celebrate it. I definitely feel like I’ve earned it,” he added.