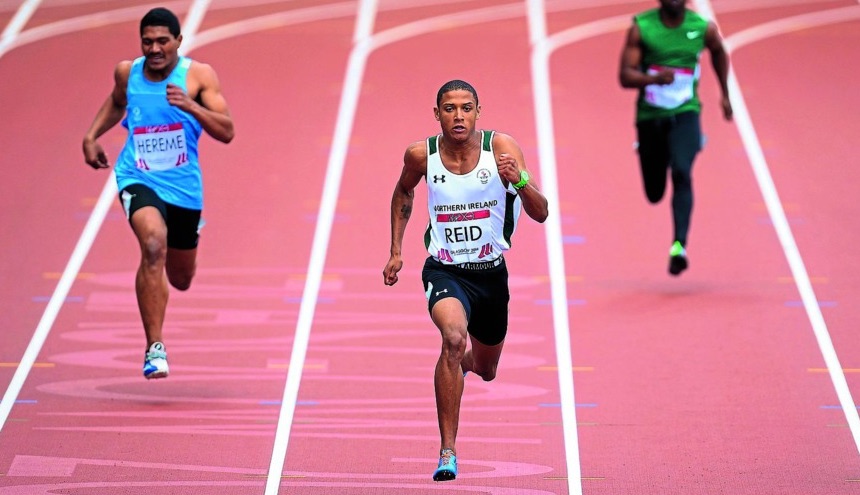 Leon Reid, a up and coming sprinter, who was born in England, has made a final attempt to represent Ireland at next month’s World Championships by penning an open letter to IAAF president Seb Coe, asking for his help.

The 22 year old, represented Northern Ireland three years ago at the Commonwealth Games, and has the qualifying time for the the World Championships, after running 20.38 in the 200m at the recent British trials.

Reid started the process of switching his allegiance to Ireland in January of this year, but it is yet to be formalised by all athletic parties involved. Athletics Ireland have been working hard to help the young sprinter make the World Championships, but with the deadline to formalise the switch only days away, the letter from Reid is his one last hope to represent Ireland next month in London.

Reid has long stated his desire to run for Ireland to honour his late biological mother, who was from Belfast, Northern Ireland.

In an excerpt from his letter to IAFF president Seb Coe, Reid said: “It has long been a dream of mine to one day compete for Ireland internationally — a decision which was ultimately made in honour of my mum who passed away last year.

“This dream became closer to a reality when I formally contacted Ireland on June 22nd 2016 to start the paperwork process. I spoke to Neil Black, Performance Director of British Athletics and he assured me British Athletics would not prevent this move.

“Ireland Athletics formally contacted British Athletics in January of this year after some contact and formalities had been concluded with the IAAF. This was done a month in advance of the transfer freeze kicking in.

“Despite having no issues with my transfer, this unfortunate failure by British Athletics in replying resulted in Ireland being powerless to push this transfer through with the IAAF.”

Reid’s was promoted to write his open letter to IAAF president Seb Coe after learning that 8 Russian athletes originally banned form the World Championships have been approved to compete.

The young sprinter has asked Seb Coe for compassion, and hopes he will look favourably at his case to enable him achieve his dreams of competing in London.

The open letter was tweeted last night, and can be seen below: