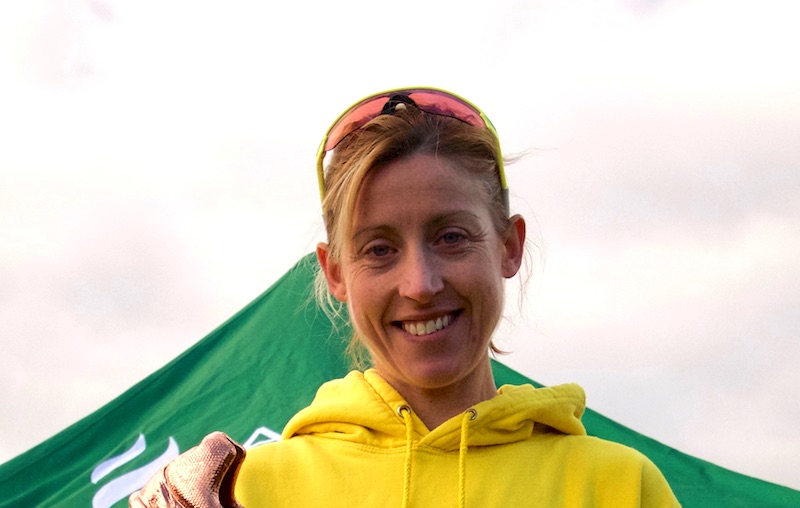 In the women’s 6km, Leevale’s McCarthy – more comfortable these days over the marathon distance – managed to outlast Scotland’s Katie White for overall victory with only a second in it.

Kilkenny’s Brian Maher, like McCarthy, was making his debut in the masters ranks. He proved the class of the Men’s 35-45 8km race, winning with ten seconds to spare on England’s Neil Boniface. One place and a single second behind for third was Derry man Declan Reed, while fifth was Irish trials winner Paddy Hamilton of Slieve Gullion.

Of the top ten finishers, seven were Irish, five of them from the Republic and two from Northern Ireland.

Ireland’s other individuals winners were both in the over 60 age group with Pauline Moran from Mayo AC winning the women’s title and Martin McDonald of Ballyroan, Abbeyleix and District best of the men.

Northern Ireland’s only individual winner was the ageless Jim Patterson of Newcastle and District who successfully defended his M70 title despite the close attention of English athlete Peter Giles.

Of the 17 team titles on offer, Ireland took six in total – three for the men and three for the women. England won the remaining eleven categories.

For a third year, the Irish M35 team came out on top, with Hamilton, who was second M35, followed by Cork man Paul Moloney, with newcomer Stuart Moloney of Mooreabbey Milers next, and Letterkenny’s Karl Duggan making up the counting four.

Of the women, team victories went to the W35, 65 and 70 teams. Sligo AC’s Sarah Doohan was first home of the W35 team, backed up by Leevale’s Michelle Kenny and Kilmore’s Fiona Kehoe. Margaret Glavey from Mayo AC, along with Mary Lynch of Raheny Shamrock and Eileen Kenny of St Finbarr’s made up the winning W65 team.

In the W70 category, the trio of Evelyn McNelis from Naas AC, Mary Martin of Dunboyne AC and Kathleen O’Brien of St Catherine’s AC came out on top.

Northern Ireland was having a good outing and as well as the M35 squad, the W50 and M55 teams both finished second.
Overall, England continued their long winning streak. Can they ever be beaten? Provisional results can be found here.

Just three weeks after a disappointing outing at the SSE Airtricity Dublin Marathon, Clonliffe’s Sergiu Ciobanu has run a time of 2 hrs 16 mins 8 secs at the Valencia Marathon. Not only is this his third fastest ever, it’s inside the qualifying mark for next year’s European Championships.

In the USA, Clonmel’s Sean Tobin produced the best Irish result when he finished 12th in the men’s race at the NCAA Division 1 Cross Country Championships held in Louisville Kentucky.

A total of 1,706 turned out for the Spar Fitlive Run Series Cork Airport Runway 5km. Kevin O’Leary was the winner in 16 mins 7 secs; first woman and 18th overall was Karina Pacejeva in 18 mins 18 secs

Valdas Dopolskas of Balbriggan and District won the Annagassan 10km in Co Louth in 31 mins 17 secs. Michelle Cox from Newbridge AC was first woman in36 mins 54 secs. Results can be found here.

Mick Kelly of St Laurence O’Toole Carlow and Hannah Carroll of Donadea RC were the winners of the Stook 10-Mile in Co Kilkenny. Winning times were 57 mins 24 secs and 64:38. Full result can be found here.