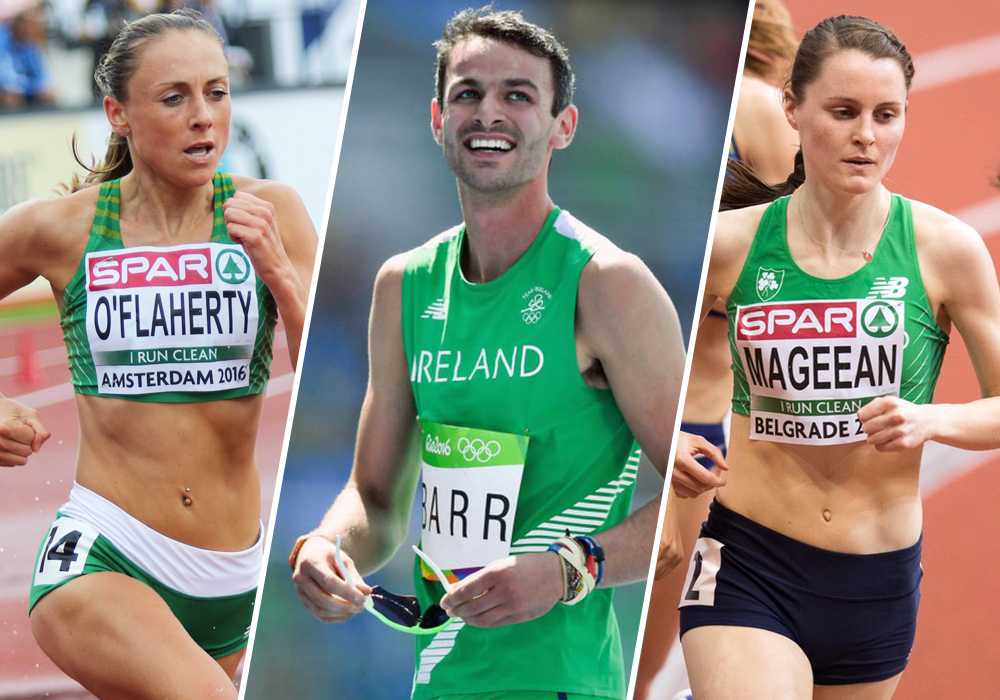 Thomas Barr, Ciara Mageen, and Kerry O’ Flaherty, will be among an Irish international field of athletes competing at the National Senior Track & Field Championships this weekend, in Morton Stadium, Dublin.

The National Senior Track & Field Championships are the cornerstone of the Irish athletics calendar, with the best athletes in Ireland coming together to compete.

Athletes will have a range of ambitions in Morton Stadium this weekend, with some set to defend and challenge for national titles, while others chase qualification times for next month’s World Championships in London.

Thomas Barr, the Irish 400m Hurdles champion will go for his 7th consecutive National Senior title and aim to put in a good performance ahead of the World Championships next month. However out to stop Barr is his training partner Paul Byrne, who has been in excellent form this year.

Barr said “This weekend’s competition is important for my lead up to the World Championships in London next month. My main priority for this weekend is to retain the national title. I am looking forward to racing against my training partner Paul Byrne, he is currently in great shape and I believe he can go sub 50.”

O’Flaherty said: “I am excited to race at my home championship this weekend after competing in races across Europe for the past number of weeks. Hopefully there is another seasons best for me as I know there is more to come this summer.”

Fresh from his personal best performance at the Morton Games, World Championships bound Brian Gregan will be full of confidence as he returns to Morton Stadium to defend his 400m national title.

The Northern Irish athlete has been in great form, including two consecutive PB’s on the Diamond League circuit in Rome and London.

Also set to compete in Morton Stadium is Northern Ireland’s rising star Emma Mitchell, who is entered for both the 1500m and the 5,000m.

Irish middle-distance star Mark English will aim to defend his 800m title, but will face a strong challenger in Karl Griffin, who finished third in 2016.

In the men’s 5,000m John Travers is the clear favourite. In the 10,000m Mick Clohisey, Sergiu Ciobanu, Kevin Dooney, and Kevin Maunsell will battle it out for the national title.

In the women’s 100m, it hard to look past Northern Ireland’s Amy Foster, whereas in the men’s 100m, the race will be completely open in the absence of Marcus Lawler.

Fans are encouraged to attend Morton Stadium over the weekend and support the Irish athletes. The full entry list can be found here.

For those unable to make it to Morton Stadium, the National Championships will be broadcast live in on RTÉ2 from 6pm – 8pm on Sunday (July 23rd).