Back into action with the Irish round-up 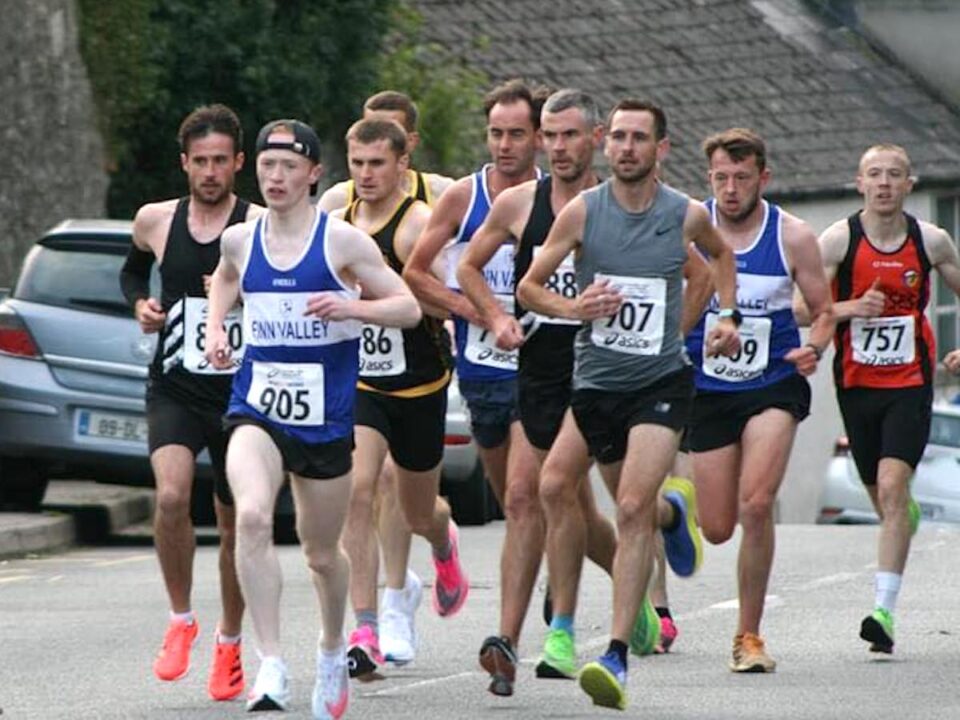 The ball is rolling again and Lindie Naughton is bringing us the Irish round-up each week. Here’s the best of the Irish action from this weekend.

Having narrowly lost out to Paul Robinson of St Coca’s AC in a dramatic 1500m a week earlier, Sean Tobin of Clonmel AC made no mistakes in the men’s 10,000m at the second weekend of the All Ireland Track and Field Championships, held on Santry on Saturday (August 29).

Making his move with 2km to go, Tobin proved the class of the field winning in a time of 29 mins 35.14 secs.

A close second was Eric Keogh of Donore Harriers in 29:36.21, after a blisteringly fast effort on the final lap saw him catching Hugh Armstrong of Ballina AC who finished third in 29:39.74.

Marathon man Mick Clohisey of Raheny Shamrock, who made much of the early running, finished was fifth in 29:58.65. In ninth place Brian Maher of Kilkenny City Harriers shaved two seconds off the Irish M40 record when finishing in 30:34.

Dropping out with five laps to go was John Travers of Donore Harriers, who had pushed the pace in the first half of the race. A week earlier Travers had made all the running in the 5000m, before losing out to 19-year-old Darragh McElhinney of Bandon AC.

Harry Purcell of Trim AC was the winner of the men’s 800m, with defending champion Mark English not present due to Covid quarantine restrictions.

A clear winner of the women’s steeplechase by well over a minute was defending champion Michelle Finn of Leevale AC in 9:56.72; it was a sixth title for Finn. Just four men contested the men’s 3000m steeplechase, with Rory Chesser of Ennis TC taking the title for a seventh time since 2008 in a time in 9:39.62.

Louise Shanahan of Leevale AC and Cambridge University was the winner of the A 800m in the BMC Meet at Lee Valley on Saturday (August 29). Shanahan outpsprinted Revee Walcott-Nolan of Luton AC to win in 2:04.37.

Her time knocked a massive 19 seconds off her previous best.

Race winner in 15 mins 19 secs was Finn Valley’s Patrick Brennan, who caught and passed early leader Chris McGuinness from Foyle Valley AC in the final 500m. McGuinness was second in 15:23 with the fast finishing Declan Ferry from the Rosses AC third in a personal best 15:24.

Second woman was Claire McGuigan of Lifford Atrabane AC in 16:58, with Natasha Adams of Letterkenny AC , making a return to racing after injury, third in 17.16.

A notable age group winner was Pauric McKinney of Inishowen AC who was first M50 in 16:41. Junior winners were Ben Carr in 16:21 and Karen Gallagher 18:30, both from Finn Valley AC.

At the East Galway 5km at Skehana, Co Galway on Saturday (August 29), David Carter of Galway City Harriers came home first but because Shane Scully of Nenagh Olympic AC had a faster chip time due to social distancing at the start, he took the win in 15 mins 57 secs. Tony Harty of Killarney Valley AC was third.