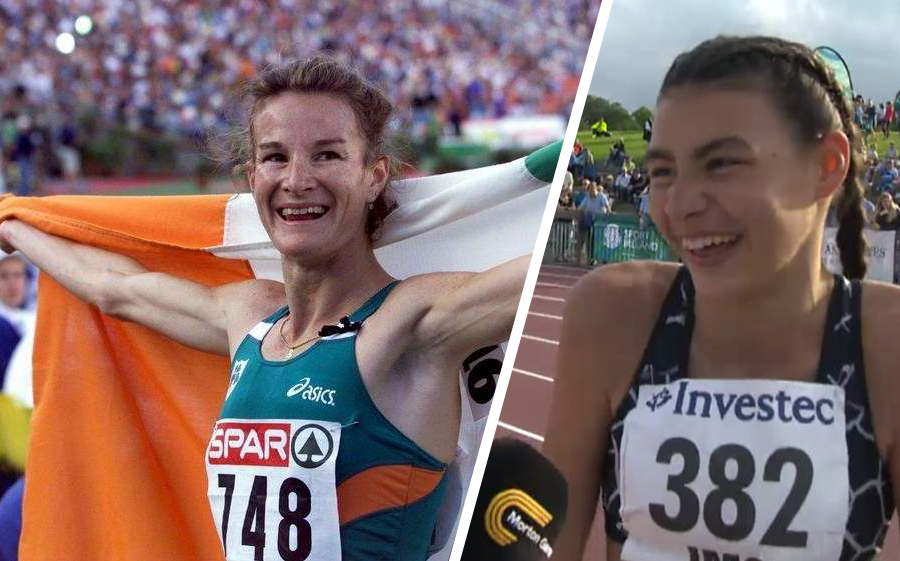 Sophie’s win at the Cork City Sports International Athletics meet, made it a hat-trick of wins in a matter of seven days in Ireland.

Sophie’s mother Sonia O’Sullivan, was a proud spectator once again, this time in her home county, Cork.

The most impressive of Sophie’s victories, was on Sunday at the Irish National Juvenile Championships. The young athlete put in an impressive display to claim the U17 1500m title in 4.41.80, a title which her mother Sonia won 32 years ago.

The first win, in a standout seven days for Sophie was last Wednesday at the Morton Games in Dublin, where the young athlete won the 800m B race to the delight of Irish athletics fans.

Earlier this year, Australia based Sophie also picked up the Australian U17 800m and 1500m National Championships.

Back at the Cork City Sports International meet, in the women’s 200m Canada’s Crystal Emmanuel set a new Canadian national record of 22.50. In the same race Irish sprinter Phil Healy ran impressively to a personal best of 23.32.

The men’s mile race saw a few familiar faces from last week’s Morton Games in Dublin. Irish athlete, Sean Tobin, ran his second sub 4 minute mile in a week, crossing the line in 3:57.00 to finish in third. The race was won by American Sam Prakel in 3:55.89, with Australia’s Stewart McSweyn finishing second in 3:55.97.