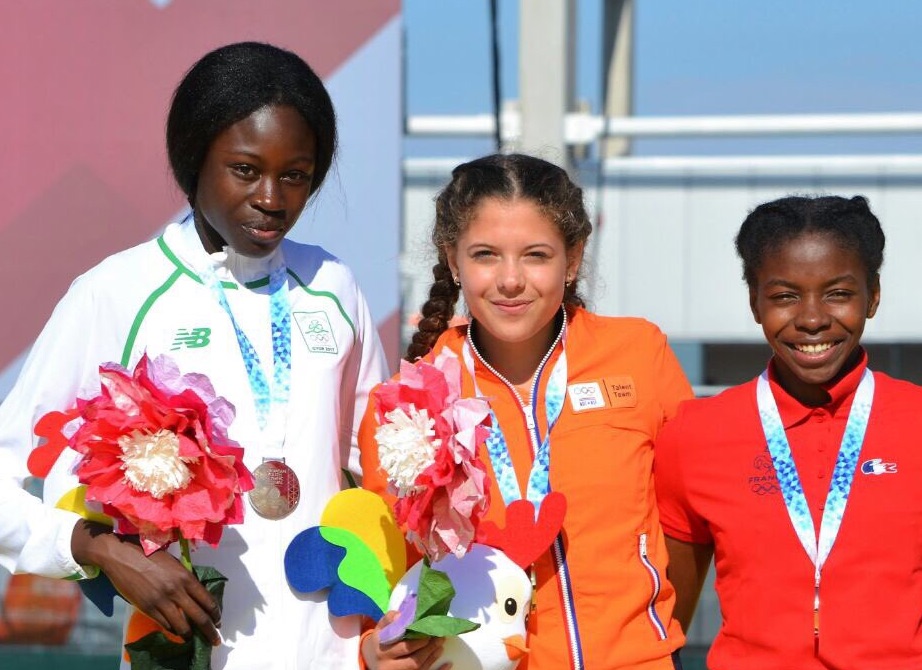 Ireland’s Rhasidat Adeleke won the silver medal in the U17 200m final at the European Youth Olympic Festival, in Győr, Hungary.

The 14 year old Irish sprinter crossed the line in 23.81. The gold medal was won by Dutch athlete Sedney Zoë in 23.74, with Joseph Gémima of France taking bronze in 23.89.

It is Ireland’s second sprint medal in Gyor, after Patience Jumbo-Gula won bronze in the 100m earlier this week.

Silver for Rhasidat Adeleke in the final of the U17 Women’s 200m at #EYOF! #eyofgyor2017 pic.twitter.com/5abVoHFyPc

The European Youth Olympic Festival will conclude on 29th July. Since the Festival’s inception in 1990 it has become one of the highest ranked European youth events.