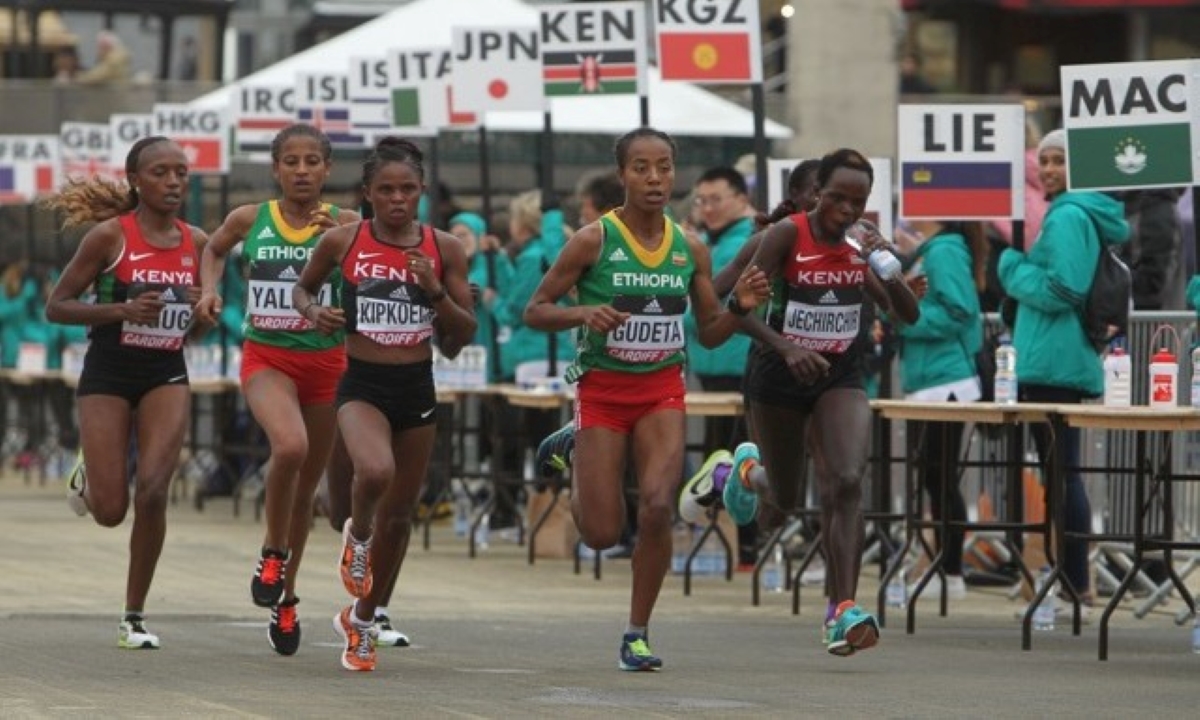 The Cardiff University / Cardiff Half Marathon has announced the first athletes ahead of their race on Sunday 6th October.

Former IAAF World Cross Country Champion Japhet Korir (60:08) will headline in Cardiff. The Kenyan athlete was the youngest ever senior Champion when he took the global crown in Bydgozsz in 2013. His P.B. came as he finished fourth in Lille two years ago, running just a second slower for fourth at the Hague in 2018.

Wilson Chebet (59:15) is the fastest athlete on paper. He has a 2:05.27 best for the Marathon set when winning in Rotterdam in 2011. He then set the course record in Amsterdam in 2013 and finished second in Boston in 2014. He was also sixth at the IAAF World Half Marathon Championships at Birmingham in 2009.

Leonard Langat (59:18) ran his lifetime best when finishing second at Roma Ostia in 2016 and more recently finished second at the Hague with 59:41 last year. He has also recorded top five finishes in Barcelona, Istanbul, Gothenbourg and Yanzhou.

Shadrack Kimining (59:42) was the winner in Cardiff back in 2016 at what was his first race outside of his native Kenya. Kimining has made something of a breakthrough this year, going under the hour mark for Half Marathon with a 59:42 clocking at the Ras Al Kaimah Half Marathon in February. John Lotiang (60:08) is another former Cardiff winner (2017) who will be in action in Cardiff.

Teshome Mekonnen (60:02) has come agonisingly close to the hour mark in the past and will hope to dip under in Cardiff. He was the fourth Ethiopian scorer at the IAAF World Championships in Cardiff in 2016.

Kennedy Kimutai has run 27:38 for 10km on the road and will be making a well anticipated Half Marathon debut in Cardiff. The women’s race will be equally as competitive this year as athletes chase the course record of 65:51 set by Edith Chelimo in 2017.

Paskalia Kipkoech (67:17) is another global medallist coming to Wales. She claimed bronze at the IAAF World Half Marathon Championships in 2012, with recent form including a 67:38 clocking in February.

Kipkoech is familiar with Cardiff after finishing seventh at the IAAF World Championships here in 2016 and was a member of the Gold medal winning team on that occasion.

Lucy Cheruiyot (67:23) was fourth at the 2019 Sportismo Prague Half Marathon one place behind Lydia Mathathi (67:51) who is next fastest for Cardiff.

Azmera Abreha (69:55) is an exciting prospect owing to her performances in the Marathon which includes second at the 2018 Shanghai International Marathon and a 2:21.51 best for the distance. She is joined by fellow Ethiopian Birhan Mihretu (69:33).

Further athletes are due to be announced shortly including the leading British competitors for the showcase in the Welsh Capital.