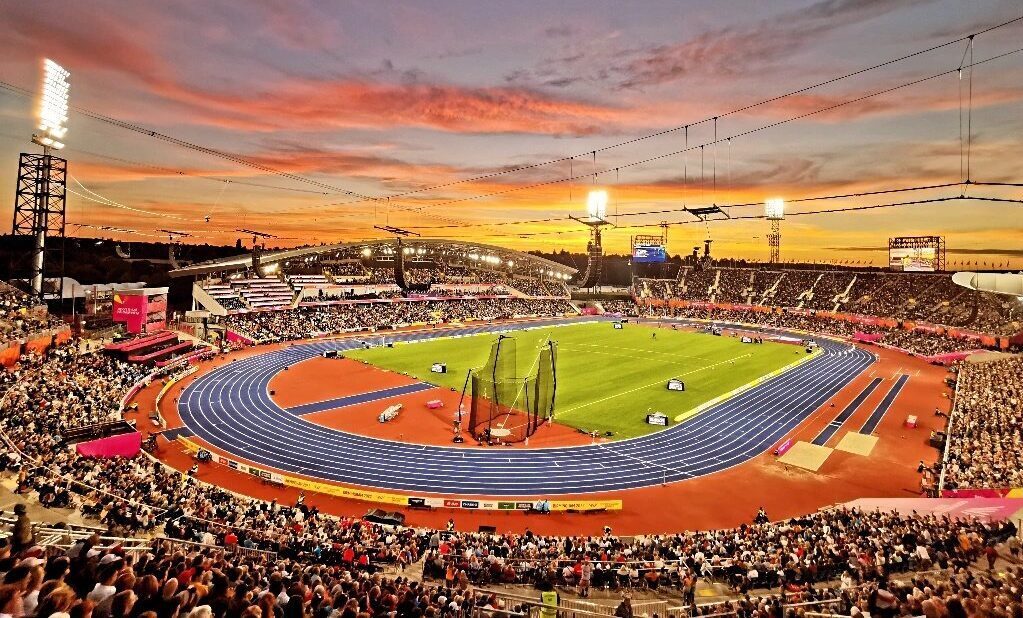 With less than 200m to go in the Women’s Commonwealth Games 800m final, an animated Steve Cram expresses his incredulity to a BBC audience in remarking that, “And Moraa’s coming back again. I’ve no idea what sort of race she’s running”. With Team England’s Keely Hodgkinson still leading down the home straight the man who took the two lap Commonwealth title in Edinburgh back in 1986 continues that the, “Kenyan has got something extra. She’s the strongest I’ve ever seen in the home straight”.

As the former world 1500m champion hails an “incredible performance”, one has to feel that the figures displayed on the Alexander stadium timing clock of 1m57.07s really tell only half a story at best.

Race data showed that Moraa had the fastest first 200m (25.9s) and fastest final 200m (29.3s) splits of the entire 800m field. Had she continued at the pace in which she ran the first quarter of the race she would have recorded 1m43.6s, which would of course have easily won her the Gold medal in the Men’s race which was secured by her compatriot Wyclife Kinyamal in a modest 1m 47.52s.

She relinquished her lead around the 350m point as Natoya Goule of Jamaica took the bell in 56.57s. Significantly, however, sandwiched in between she had the slowest middle 400m of 61.9s which is akin to 2m03-2m04s 800m pace. What AW understandably referred to as her “surprisingly effective” tactics (Henderson, 2022) require a physiological explanation.

AW headlined Moraa’s performance as being indicative of ‘fartlek style tactics’ (Henderson, 2022), which is of course a derivative of the Swedish notion of ‘speed play’. This being said a more precise articulation is offered by the aforementioned Peter Thompson (see https://www.newintervaltraining.com/), who has produced work which is pivotal in understanding how lactic acid splits into lactate and hydrogen irons, highlighting how the former plays a key role in terms of mobilising fuel for aerobic metabolism. Acidosis occurs at the point where the production of hydrogen ion production exceeds buffering and the body’s ability to effect clearance.

In the mid 1980s, Dr G.A. Brooks used the notion of the ‘lactate shuttle’ to articulate the dynamic action of lactate as a metabolite active within the muscular and circulatory systems to assist in the provision of metabolic energy. Indeed Brooks (1986) made the observation that Lactate produces blood glucose and liver glycogen and that in highly oxidative muscle fibres, becomes the fuel source of preference.

So the unorthodox race tactics used by the woman who sports a 400m PB of 50.94s, created significant lactate and acidosis in the first 300m of the race but significantly she was then able to ‘Shuttle’ this by utilising lactate as a fuel and by clearing the acidosis during the comparatively slower middle 400m of 61.9s. This subsequently enabled her to subsequently come back to overtake the final field in the last 200m of the race.

It would be a mistake to see World 800m bronze medallist’s seemingly suicidal tactics as pre-planned but rather they appear to have been improvised with AW reporting that, “When asked why she ran that way, she largely shrugged her shoulders and agreed she would not use them again deliberately if she found herself in a similar race”. (Henderson, 2022)

We are most certainly not advocating the kind of race strategy adopted by the Kenyan as good practice necessary. This being said there are ways in which you, the athlete, can prepare to cope if someone tries the proverbial ‘Moraa’ on you!

LDT was conceptualised by Peter Thompson (1994) to characterise modes of training involving the dynamic utilisation and clearance of lactate for its optimum use for athletic performance. It is an umbrella term to encompass any types of training where lactate production is deliberately accelerated by increasing the intensity of exercise and then alternated with periods of less intense activity which ordinarily involve a ‘rolling on’ element.

In his ‘High Performance Middle Distance Running’ (2006), the late Dave Sunderland articulated several modes of speed endurance work which had a differential component. One of these modes was what he termed ‘tired surges’. This is where the athlete undertakes repetition based training with a strong first part, a ‘cruise’ or ‘float’ element and then a faster surge late on the repetition being undertaken.

For example at a recent Youth Talent Training Programme weekend the lead author coached a session with repetitions over 600m, one of which involved young athletes running 300m @ 1500m pace, 100m ‘float’ and then 200m @ 800m pace. Such a mode of repetition would replicate the ethos adopted by Moraa and help one to cope with the kind of differential changing of the paces during a race, which she effected so successfully.

The above is not to suggest that all repetition based training should be run with a differential component because there has to be a balance with even paced splits during repetition sessions as well which tend to produce personal or seasons best performances.

The above leaves us with several questions for self-reflection:

1. How do I run my races in terms of even pace running or differentials eg. a negative split?
2. What can I do to prepare myself to cope with an athlete who adopts the kind of tactics which Moraa did in the Commonwealth Games 800m final?
3. Why might an understanding of lactate dynamics training assist my preparation?
4. When might the utilisation of repetition based training with a differential component help my speed endurance capabilities?

Matt Long and Hayley Hemmings were England Team Coaches at the Birmingham 2022 Commonwealth Games Development Camp and welcome contact through mattlongcoach@gmail.com and hayleypegg@hotmail.com