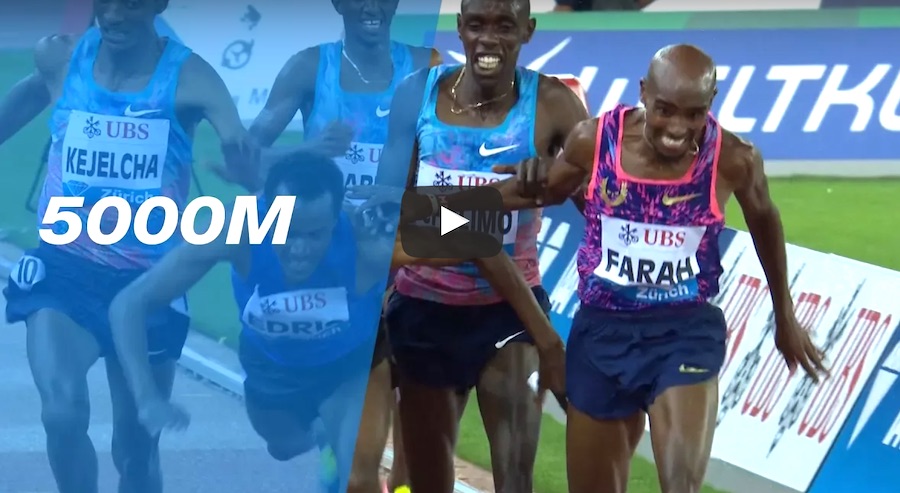 In his final track race before turning his attention to road racing, Mo Farah won a thrilling 5,000m final at the Diamond League in Zurich.

The four-time Olympic Champion brought the curtain down on his illustrious track career with one final win over Muktar Edris, the man who beat him in London to a fourth consecutive 5000m world gold.

Coming into the final 100m Farah’s rivals were right on his heels, but with only a few metres of track left before swapping it for the road, the ten-time global gold medallist held on to clinch victory by four hundredths of a second, in 13:06.05, ahead of Ethiopia’s Muktar Edris.

Watch the race highlight below. The full race report and Diamond League round-up can be found here.

Afterwards, Farah said:”I wanted to win, and it is amazing that I have won, but it was hard work. I will miss the track, the people, my fans.

“I have enjoyed running in stadiums for a lot of years, but now, first of all, I will enjoy being with my family.”

The full round up on Farah’s final track race, and the Diamond League report can be found here.