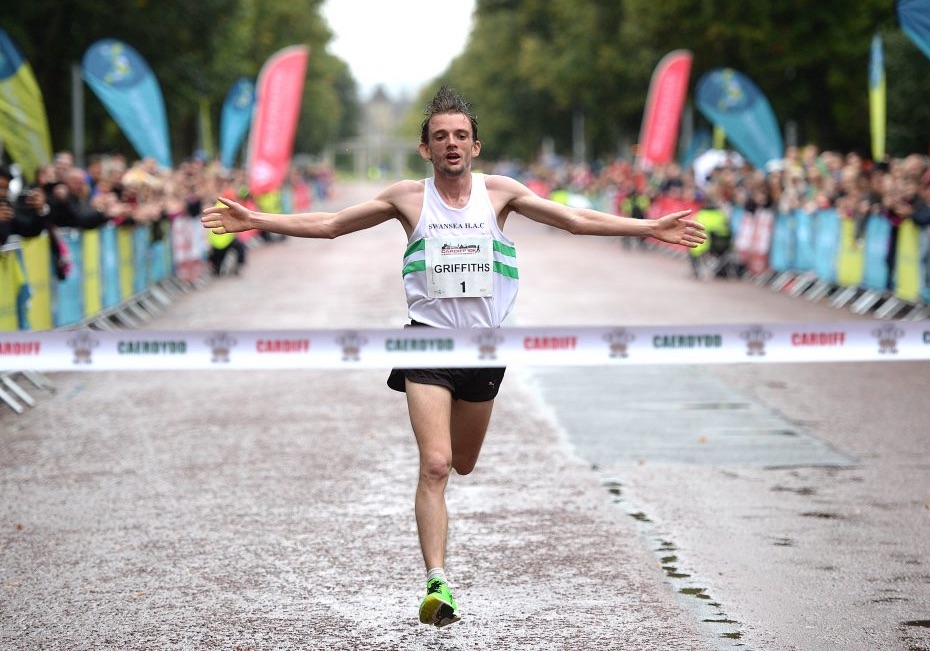 Dewi Griffiths and Caryl Jones are among the strong Welsh team for the inaugural competition in Cardiff.

Welsh Athletics have followed England Athletics’ example and named full teams for the inaugural Commonwealth Games Half Marathon Championships. It will be a home championships in Cardiff on Sunday, October 7.

In April, the Welsh city was named as host of the new road racing competition, and the event sanctioned by the Commonwealth Games Federation will mark the 60th anniversary of the 1958 Cardiff Commonwealth (Empire) Games.

Griffiths will be joined by fellow Swansea Harriers Kris Jones and Josh Griffiths. GB Orienteer Jones has had a stellar year so far with a win at the Scottish National cross country champs and an individual medal at the European Orienteering Champs.

Josh Griffiths broke through with a 2:14:49 at the 2017 London Marathon. The club runner also represented Wales at a hot Commonwealth Games marathon in Australia earlier this year.

Fellow Commonwealth marathoner Andy Davies will complete the strong male quartet. After an excellent 11th in at the Gold Coast championship race, Davies is an athlete the team can certainly rely on for the big occasion.

Following on from representing Great Britain at the European Championships, Caryl Jones will be leading a formidable Welsh women’s team. The Swansea Harrier was 30th in the marathon in Berlin. Like Dewi Griffiths, Jones combines her elite running with working on a Welsh farm.

Another Commonwealth Games athlete selected was Jenny Nesbitt. The 2017 Welsh Half marathon champ has set PBs from 3000 to 10000m this summer. Hopefully this speed will convert into a new half marathon best.

Other team members include Rosie Edwards, who has been training out in the USA. The Rotherham athlete is in good shape having run a PB of 76:06 in the Houston Half Marathon. The 2:40 marathoner will relish the chance to pull on the red vest of Wales in Cardiff in October.

The fourth runner is Clara Evans. The Cardiff AAC runner finished tenth in the Madrid Half in 76:34 earlier this year and placed third in the Barry Island 10k just two weeks ago.

“It’s great that we will have such competitive men’s and women’s teams, in what is a showcase event for Wales,” said Chris Jones, National Coaching and Performance lead. “It’s wonderful for these senior athletes to have the opportunity to represent Wales on home soil in Cardiff in a Commonwealth Games event.”

Kevin Tobin and Nicola Haines-Jones will be men’s and women’s team coach respectively.

Related: Dewi Griffiths reveals how he fought back from injury