VIDEO: Double 200m gold for Britian at European U20 Champs 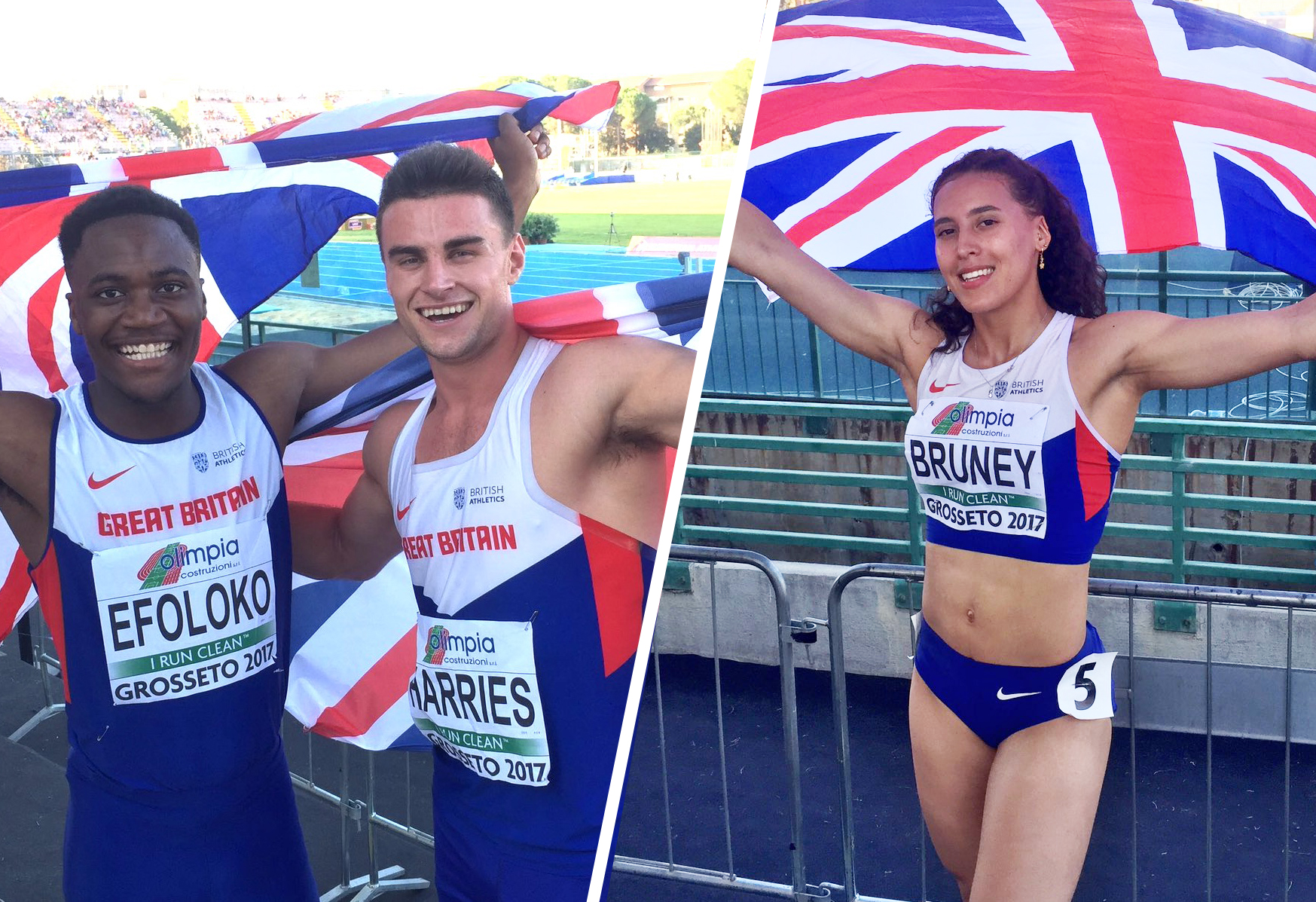 Sensational performances from Toby Harris and Maya Bruney have bagged two 200m gold medals for Great Britain, at the European U20 championships in Grosseto, Italy.

In the men’s 200m, 18-year-old Harris put in a performance beyond his years to win gold in 20.81. The young athlete was quick out of the blocks and took the bend strongly, before powering across the finish line ahead of British teammate Jona Efoloko.

It was a new personal best time for the current 200m European Junior Champion.

Teammate Jona Efoloko wasn’t far behind Harris, crossing the line in 20.92 to win the silver medal, a personal best for the 17-year-old.

After a sluggish start, Efoloko found his strength over the final 50m to race past three athletes to take second.

It’s the second time the British pair have finished first and second at a major championships, having done so at the European Junior Championships, earlier this year.

Toby Harris’s gold in the men’s 200m, was the second of the day for Great Britain, after Maya Bruney won gold in the women’s 200m.

The 19-year-old crossed the finish line in 23.04, well clear of her challengers, to record a massive personal best and the fastest time in Europe this year.

Her second lifetime best of the afternoon!@mayabruney storms to the European U20 200m title in a European U20 leading time of 23.04! pic.twitter.com/oR4BS2sOHb