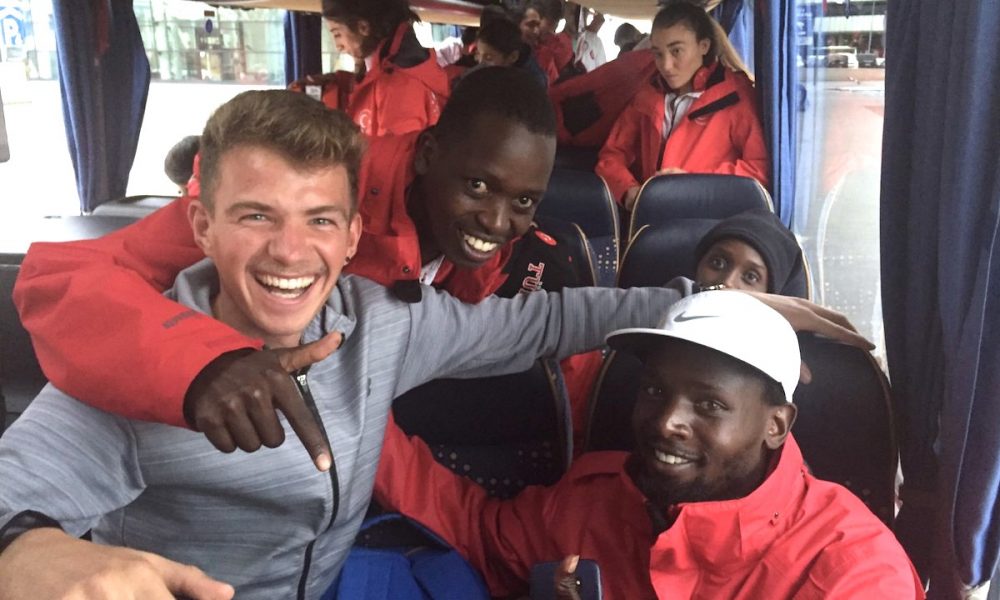 British and Scottish international Andrew Butchart has revealed he is close to agreeing to a deal that will see him transfer his allegiance to Turkey.

Butchart was set to represent Scotland at the Commonwealth Games only to withdraw at the beginning of February ‘due to an injury’.

It now appears that was merely a smokescreen while the 26-year-old continued his talks with the Turkish Athletics Federation.

“It’s true, I’ve been speaking to Turkey since the European Championships in December,” Butchart said when contacted. “After I won the bronze medal that day, I was invited onto the Turkish team bus by Kaan Kigen Ozbilen [who won gold] to meet his teammates.

“It was only a friendly hello, but on the way back to the hotel I was approached by someone who explained they worked for the Turkish Athletics Federation and were very impressed with my performance. They went on to say if I was ever interested, there would be a spot on the team for me.”

Butchart points out that he didn’t take it seriously at the time, as he had just committed to moving to a new training base in the US.

However, when watching the IAAF Indoor World Tour on February 3rd, something changed. Unlike other sports, track and field athletes generally do not wear clothing embroidered with the logos of numerous sponsors, something which a lot of athletes feel is unfair, as it excludes a highly lucrative income stream.

Seeing one athlete with a sponsor’s logo on her jacket, Butchart tweeted asking his peers for their thoughts, and as it turns out an unexpected person responded.

It was Ozbilen, who Butchart had last spoken to in December. The Kenyan-born athlete told Butchart the Turkish Athletics Federation had seen his tweet and not to worry about sponsorship any longer because a big money offer would be on the table tomorrow.

Butchart explains he was taken aback at first, but once he received the offer and considered everything it was a no-brainer. Six days later he announced his ‘injury’ in order to withdraw from Scotland’s Commonwealth Games team quietly.

Since then he has been in talks with Turkish officials and a “deal is close”.

“It was just too good of an offer and I am sure everyone will understand,” said Butchart. “The talks are going well and a deal is close, we just have to get over the hurdle of changing my name to Andrew Can. I am not keen on it if I am honest, but like I said the deal is close.”

The IAAF has had a transfer freeze in place since February 2017, but Butchart is confident he can get around that as he had a two week holiday in Turkey back in 2015.