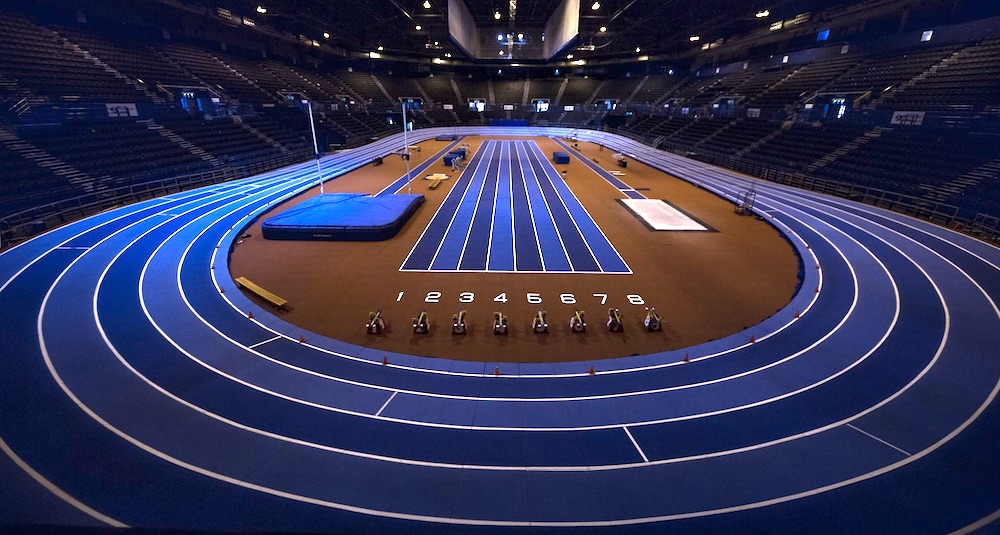 Following a tremendous summer of athletics, tickets for the IAAF World Indoor Championships Birmingham 2018 go on sale today (Monday 21 August), with thousands expected to be snapped up in the next few days.

Nearly 8,000 tickets for the Championships were bought on the first day of the pre-sale period at the end of May and organisers of the event, which will be held at Arena Birmingham from 1 to 4 March, have seen a huge increase in interest, following the IAAF World Championships in London, so demand is expected to be high for general sale too.

British Athletics Chief Executive Niels de Vos said: “The IAAF World Indoor Championships Birmingham 2018 will be one of the biggest sporting events of the year and is not to be missed. After the amazing success of the IAAF World Championships in London this month, we are already looking forward to welcoming the world’s best athletes to Birmingham for what will be a fantastic global event. Indoor athletics is all about excitement and drama and the state of the art Arena Birmingham is the perfect venue, allowing spectators to get close to the action and offering the perfect view from any seat.”

Tickets prices have been set with families in mind as Councillor Ian Ward, Deputy Leader for Birmingham City Council, who are jointly organising the Championships, said: “We wanted to ensure that this event would be fantastic value for families in Birmingham and beyond and with all children’s tickets costing £5 and prices starting at £20 for adults, a family of four can come to some sessions of the Championships for just £50.

“Staging this event in Birmingham, so soon after London’s hugely successful World Para Athletics Championships and IAAF World Championships, means that those people who missed out on tickets this summer now have another chance to experience the excitement of live athletics and to come and watch the world’s best athletes at a major championships and this time they’ll be competing in one of Birmingham’s world-class sporting venues.”

There are six different sessions for the Championships, one on Thursday 1 March, two on Friday 2 March, two on Saturday 3 March and one final session on Sunday 4 March. The price of tickets varies across these sessions, with three categories of ticket (pink, green and blue) offering great choice as well as great value. Every single session has concession tickets available. The £5 tickets are available for children aged 2 to 16, students and people over 65 and no fees are charged on these tickets.

Those people who signed up at www.wicbirmingham2018.com by 20:18 on 20 August have been given an hour’s head start on buying tickets at 9am and general sale begins at 10am.

The full timetable for the Championships, which will start with three straight finals on the opening session on Thursday evening, is available on the official website, www.wicbirmingham2018.com, along with more information about tickets and full details of prices.

Jake Wightman Wins Emsley Carr Mile in Birmingham, the First British Winner Since 2005
Weekly Round-Up from the UK and Ireland