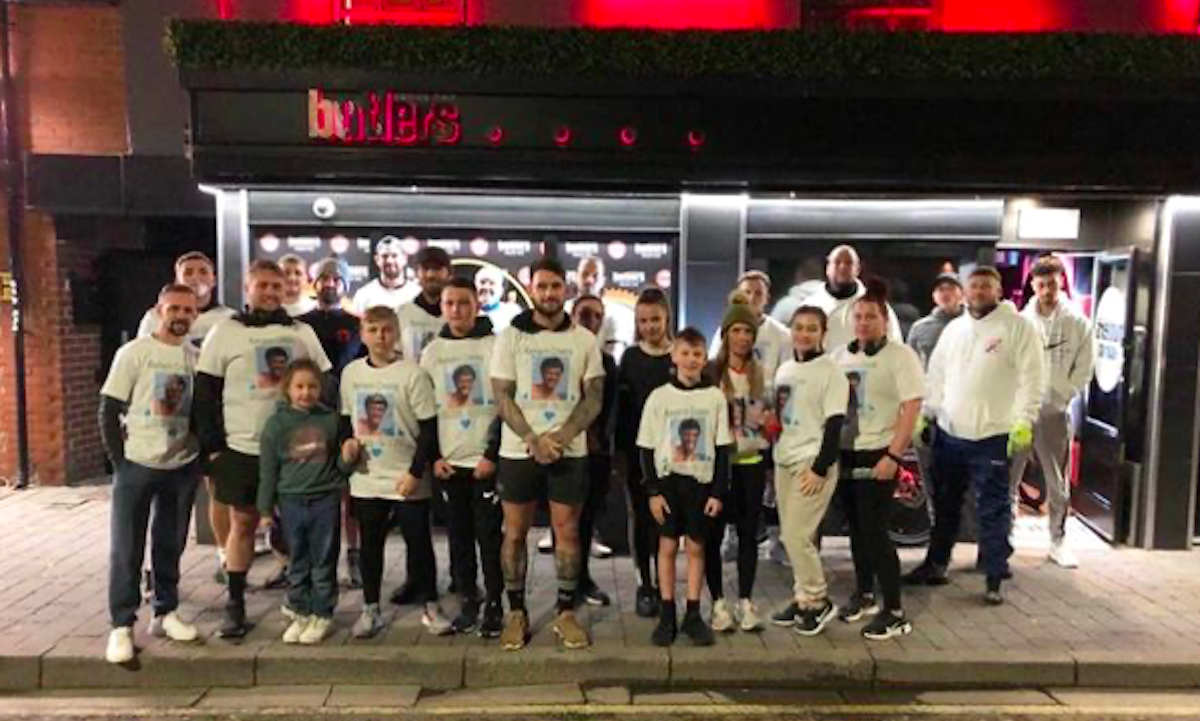 Loss impacts us all differently, but many might relate with one man, who just had to go out for a run to honour the life of someone taken too soon.

Gloucestershire man, Danny Lee Davis has been running 5k a day since 1st January to raise money and awareness following the murder of his 16 year old nephew, Ramarni Crosby. A number of youths have been arrested for stabbing and killing Ramarni in December last year.

“I decided to start running as a way of grieving,” said Davis.  “I didn’t want to go the other way and wanted to try and make something positive out of such a terrible thing.”

On 1st January, when Danny ran his first 5k in Ramarni’s memory, there were 15 runners, as of this evening over 350 people are running with them nightly, including the likes of Ramarni’s teachers, family, friends and even Gloucester rugby players.

“It’s very emotional; I have struggled to hold back tears most nights. But the support we have had from the community is overwhelming and goes to show that the whole city are behind us and how liked he was.”

It is believed the final run on 31st January will herald such a crowd, that the city council will likely close the roads to ensure the safety of runners. This has all grown from Danny’s original idea, which still sees him stream the run live each day from 7pm, on Facebook. A focus on bringing positivity to a tragic day

So far, Danny and supporters have raised £13,000 and are aiming to hit £15,000. This is via the Go Fund Me and private donations. The money will be split amongst a number of charities focusing on youths and knife crime, including ‘Put the Knives Down’ and ‘Increase the Peace’ who mentored Ramarni when he was young.

“We run the route where Ramarni was murdered and I feel as if I needed to go that way to send a message out that we are going to stand up against this terrible crime and we won’t stop until it stops.”

Besides the 5k a day, Danny et al have been partaking in a number of other challenges including submerging themselves in ice buckets and running raffles and sponsored dinners. It truly has brought the city together in the darkest of times.

The final run, which will be held on 31st Jan, will follow the same route as always, but will see the runners light candles, release balloons and culminate with Gloucester Cathedral being lit up in blue, which was Ramarni’s favourite colour.

You can show your support, either by joining the final run on Monday, or donating to the fund-raising page here.