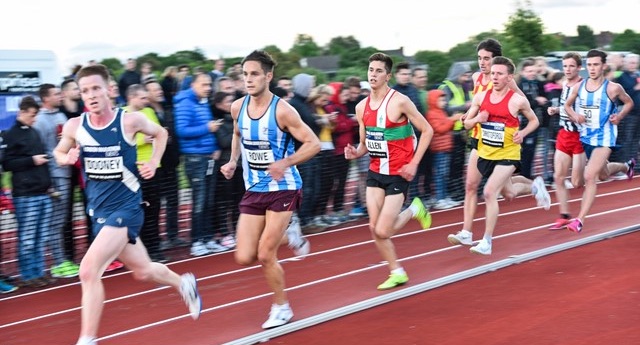 The European 10,000m Cup will be incorporated into the Highgate Harrier’s hosted Night of the 10,000m PBs in London next May.

Taking place on 19 May at the Parliament Hill track, it will be the first time that the competition will have been held in Great Britain.

“It is a great pleasure to take the European 10,000m Cup to Britain at last,” said European Athletics President Svein Arne Hansen.

Hansen added: “The Night of the 10,000m PBs has become a very popular event very quickly, which goes to show how well-organised it is and also that there is a need for top-quality races in Europe over 25 laps of the track.

“Integrating the Cup into the Night of 10,000m PBs will move both events to another level and heighten interest in both events. I think it is a win-win situation for both parties and shows European Athletics’ willingness to embrace new competitive concepts.

“I thinks it’s highly likely that the leading runners in London will be in contention for medals in the distance events at the Berlin 2018 European Athletics Championships later next summer.

“Last year, the Night attracted a large number of running celebrities on and off the track, including the IAAF President Sebastian Coe and marathon world record holder Paula Radcliffe.

“With the addition of the Cup, I’m sure next year will be a Night to remember as well.”

Race Director Ben Pochee said, “I’m over the moon that our 25-lap volunteer-powered initiative can now welcome the European Cup to our 2018 edition.

“Night of the 10,000m PBs was conceived with the goal of helping improve 10,000m racing standards and showcasing the true excitement of our sport, integrating the European Cup will offer fans and competitors a uniquely enhanced quality and atmosphere.

“The atmosphere at the Night of the 10,000m PBs is pivotal to aiding racing standards and crowd enjoyment. Therefore my aim was to attract more fans (7,500 in 2017) and create closer proximity to athletes in a bid to improve the ‘Goosebump Factor’. We therefore welcome fans to cheer from lane 4 of the track and we work with over 150 volunteer marshals to create a mobile safety barrier, in addition we created the ‘lactate tunnel of love’ where athletes run through 60m of covered marquee with additional DJs and live bands playing athletes requested songs to spur them to new PBs.

“Night of the 10,000m PBs is an athletics celebration hosted by the Highgate Harriers volunteer community and our key partners (London Marathon Events/British Athletics /Strava), and in this spirit of collective support we can’t wait to welcome our European family members to the party!”

The regulations of the European 10,000m Cup will apply with qualifying standards defined by European Athletics for the overseas participants in the A races so that there will be a balance in these races between Cup participants and British national athletes seeking strong competition (the men’s and women’s A races will include a minimum of 15 British athletes in each race).