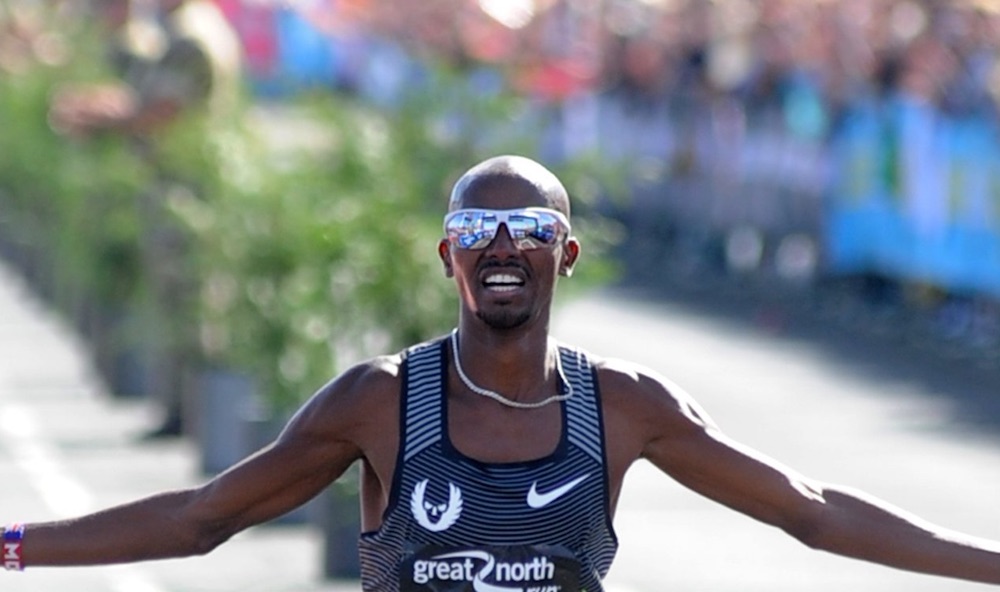 Mo Farah, the ten-time global gold medalist, has announced his participation in the 2017 edition of the Great North Run on Sunday, 10th September.

Farah, who retired from the track as Great Britain’s greatest ever track and field athlete will defend his title as he attempts an fourth consecutive win in the North of England half marathon.

The 34-year-old won gold and silver over 10,000m and 5000m respectively at the World Championships in London, before ending his illustrious track career by winning the 5000m Diamond League Trophy in a thrilling race in Zurich last week.

Farah, a four time Olympic gold medalist now intends to focus solely on road racing and will begin his new running path in two weeks time over the 13.1mile distance.

In this year’s race, Farah competes against the man he pipped to the title last year, American Dathan Ritzenhein, and five-time Olympian Bernard Lagat.