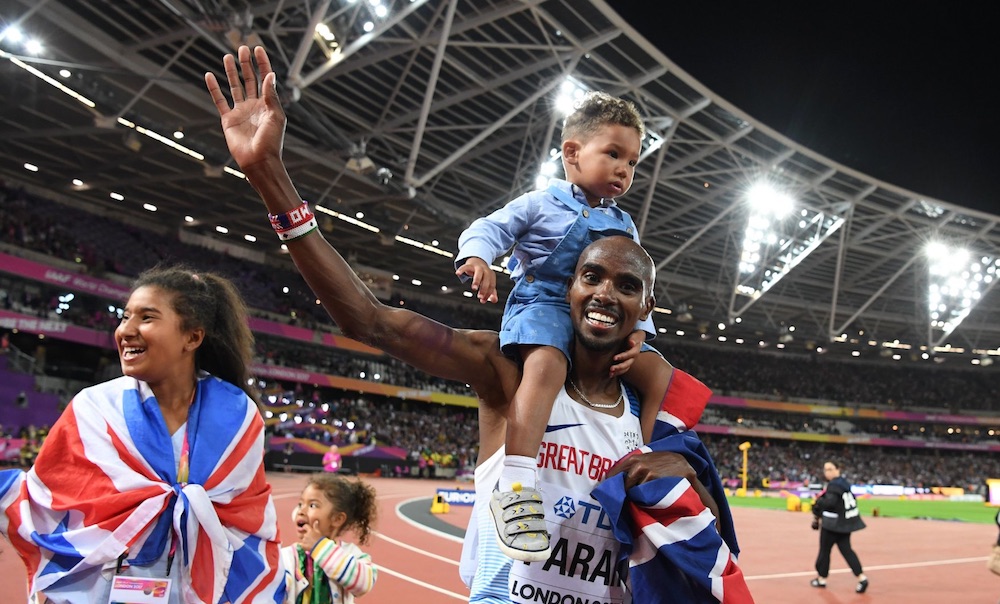 In the opening laps of the race Farah was content to sit back and watch, as his challengers mixed up the pace trying to disrupt his rhythm.

However, as we have come to expect, the double world champion kept his nerve, as he waited for that perfect time to take control of the race.

With six hundred metres to go, Farah took the lead, but the challenging pack of Joshua Cheptegei, Paul Tanui and Bedan Muchiri were not giving in so easily and put Farah under enough pressure to force a stumble.

However, Farah bounced back and with the home straight in sight, he kicked in familiar fashion and pulled away to take the gold and his tenth World Championships medal.

He’s done it! @Mo_Farah is a World Champion for the sixth time in his incredible career 🥇🥇🥇🥇🥇🥇#London2017 pic.twitter.com/9KTYcMT2kc

Afterward Farah said: “It was amazing. I had to get my head around it and I got a bit emotional at the start. I had to get in the zone.

“It wasn’t an easy race. I work on everything and it’s been a long journey.

“What a way to end my career in London. It’s special.”

After a sluggish start Usain Bolt regained his composure to win his 100m heat, making his way through to the semi-finals.

British athletes CJ Utah, Reece Prescod and James Dasaolu all qualified from their respective heats, with Prescod recording a new personal best of 10.03.

In the women’s 1500m heats, Laura Muir ran strongly to finish forth in 4:08.97, and qualifying for the semi-finals. Joining her are teammates Laura Weightman, Sarah McDonald and Jess Judd, with the latter duo running new personal bests.

Also running in the 1500m heats was Irish athlete Ciara Mageean. In a face paced race, the 25 year old looked out of sorts as she crossed the line in 13th place in 4.10.60, nine seconds off her personal best time.

Afterwards Mageean said: “I just couldn’t get my legs to switch on. It was a tough heat. I’ll give it that, but I should have been in top six. I definitely should have.

“I didn’t even fathom not getting out of the rounds.”

Also in action for Great Britain was Holly Bradshaw in the pole vault. The 2012 Olympic medalist qualified for the final with a first time clearance at 4.50m.