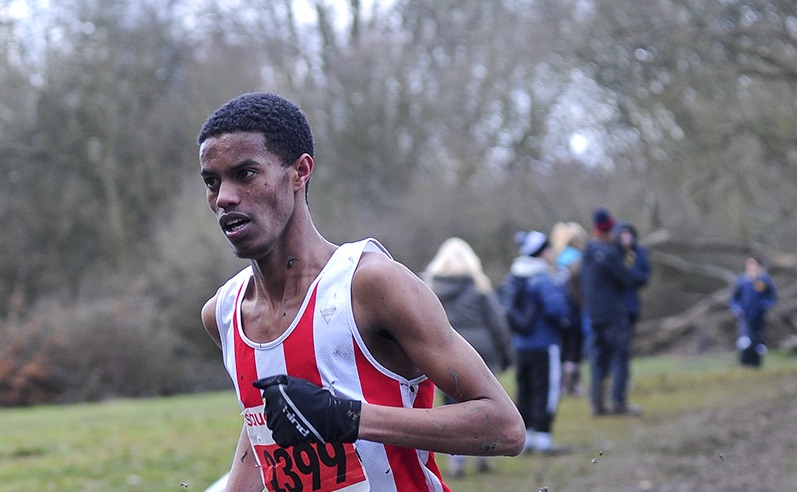 Andy Vernon, the winner in 2016, was the favourite going into a hotly contested men’s race at Teardrop Lakes.

Vernon set the pace from the beginning with the in-form Sam Stabler, who won the Leeds Abbey Dash last week, keeping stride with the Olympian’s quick start. Southampton’s Mahamed Mahamed was slightly adrift in third.

However, as the trio came round for the second and final lap the narrative had changed, with 20-year-old Mahamed pushing on ahead of Stabler, while Vernon dropped back to third.

In the closing stages of the 9.5km race, Stabler and 20-year-old Mahamed further increased the gap on Vernon, who was racing competitively for the first time since July following injury troubles.

As the pair battled along the final kilometre of the course, Mahamed broke away to clinch the win, with Stabler taking second – a reverse of the Cardiff Cross Challenge finishing positions. Four-time Cross Challenge series winner Vernon completing the podium.

“It was quite tough out there; it was muddy on the long straights of grass but mixed in with the concrete surfaces every now it keeps you on your toes,” said Mahamed afterwards about his deserving win.

“I was just sitting behind them, and it was about seeing how it went. When Andy dropped I knew I had to chase Sam down, then I managed to get the lead and kick from there in the closing part of the race. Ultimately to be up with top athletes like Sam and Andy – both of them are great runners – is obviously something I’m over the moon with.”

A fine run and an even better punch of the air from Southampton’s Mahamed Mahamed – he takes #CrossChallenge victory. pic.twitter.com/ZtmxSuxZoC

In the senior women’s race, it was Gemma Steel of Charnwood AC who set the early pace. However, winner of the first Cross Challenge in Cardiff Jess Judd would not be shaken off.

In an exciting battle all the way to the line it was Judd who clinched the win. At just less than 6km in distance, the London World Championship semi-finalist used her superior 1500m speed to just hold off Steel until the tape.

Judd, who stated yesterday that she turned down the WCP funding, demonstrated once again in 2017 that her set-up is paying dividends – so why change anything?

“I tried to run the race differently than I did in Cardiff – I was tying up in the end there – but today I tried to kick for the finish, though I don’t know where that came from as I haven’t done any speed work for a while,” said Judd afterwards.

“I thought she’d [Gemma Steel] got me; when we got round the back of the course she opened up a bit of a gap and then we went downhill – something I’m notoriously bad at doing – then it looked like the gap had got bigger.

“I thought if I was going to lose I at least wanted to be level and just not have the kick, but something worked and I managed to get away; it was nice to have that battle before we go to Liverpool as it keeps any complacency at bay – I like to be pushed and find it hard.”

In Liverpool for the European Trials, the women’s course will be 8.1km in distance and the extra 2km that could play more into the hands of the long-distance specialists. However, from today’s results, the stage is set for an exciting race amongst the best of the British females.

Ben Dijkstra of Leicester victory in the U20/17 men’s race was never in doubt, with local Marshall Milton Keynes’ Jack Meijer the first U17 over the line.