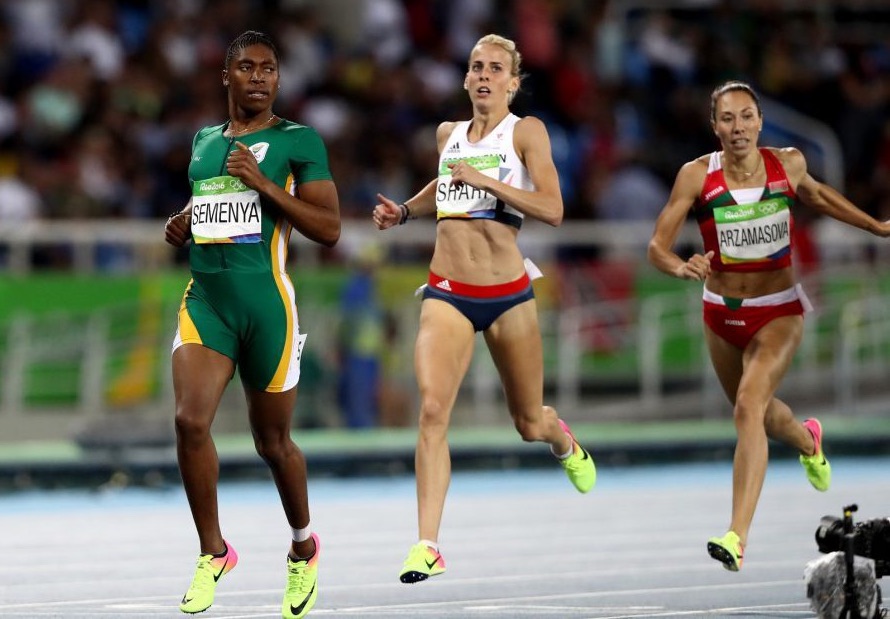 The field for the IAAF Diamond league meet includes every medalist from the Rio Olympics, as well as the World Championships indoors and outdoors, and the last four IAAF Diamond League winners.

The international track & field meet will take place over 2 days, May 26th and 27th.

In addition, Hayward Field will see the return of its record holder and an American who is the youngest ever to run under 1:58 on its historic oval, both coming at previous memorable Pre Classic races.

You want fast times? Everybody in the field has a sub-1:58 lifetime best.

Lynsey Sharp, 26, is a two-time Olympian who ran her fastest in the Rio Games – and the fastest by anyone from Great Britain since Kelly Holmes won the 2004 Olympic gold in Athens. Ranked No. 2 in the world in 2015 by T&FN, Sharp’s 1:57.69 at Rio was a PR by more than second, bettering her best from earning silver at European Championships in 2014.

Caster Semenya will return to Hayward Field as the owner of two Olympic gold medals, the first ever in this event. The 26-year-old South African used a tremendous finish in Rio to repeat her London victory from 2012. It was her fourth global title in a career that has seen ups and downs beginning in 2009, when at 18 she was the youngest ever to win the World Championships.

Semenya’s 2016 season was clearly her best yet and showed a return to form not seen since 2012, when she first won Olympic gold and last ranked among the world’s top 10 by Track & Field News. In 2016, Semenya demonstrated impressive range from the 400 (winning the Diamond League final in 50.40) to the 1500 (winning the African Championships gold in 4:01.99) in addition to being ranked No. 1 in the world by T&FN for the first time since 2009.

This will be only the second race in the U.S. for Semenya – she was 2nd to Jamaica’s Kenia Sinclair in the 2011 Pre Classic. Semenya is undefeated in the 800 since September 2015, a streak currently at 12 races.

Francine Niyonsaba, who will turn 24 on May 5, won the World Indoor title in Portland last year. Last summer she became the first woman from Burundi to earn an Olympic medal with her silver from Rio. Niyonsaba’s Pre Classic victory in 2013 at age 20 produced Hayward Field’s still-standing record of 1:56.72 – her only other race on U.S. soil besides last year’s World Indoor gold.

Niyonsaba first captured attention in 2012, coming out of nowhere to win the African Championships at age 19. That summer followed with her country’s first Olympic final by a woman (5th) and a season where she ranked No. 3 by T&FN. She was dominant last year, winning everywhere except to Semenya.

Ajee’ Wilson, who will turn 23 on May 8, had the unfortunate luck of running in a slow Olympic semifinal consisting of all three medalists from last year’s World Indoor in Portland. Wilson earned the silver at Portland but in that fateful Rio semi the other medalists advanced while Wilson was left out of the final.

It was a feeling Wilson had never experienced before, and she has been on a tear ever since. She has yet to lose this year, including an American record indoors of 1:58.27 to win the Millrose Games in New York. Wilson nearly won the 2015 Pre Classic, losing by .05 seconds to a defending world champion as her 1:57.87 at age 19 is still the youngest sub-1:58 time recorded at Hayward Field.

World ranked No. 2 by T&FN in 2014, Wilson is among America’s best-ever on multiple levels. She swept the 2014 U.S. indoor and outdoor titles, the youngest to do so since a 15-year-old Mary Decker in 1974. As a 19-year-old, Wilson was a finalist in the 2013 World Championships in Moscow, where she ran an American Junior record of 1:58.21. Her international experience includes gold medals at the 2012 World Juniors and 2011 World Youth Championships – she is the only American to win either title.

Marina Arzamasova, 29, is the defending world champion, winning gold at Beijing in 2015. An Olympic finalist in Rio, she also earned bronze at the 2014 World Indoor. She is the second-fastest ever from Belarus in this event since dissolution of the Soviet Union in 1991, when she was just 3. The two-time Olympian earned her first major medal in 2014 at the World Indoor.

Margaret Nyairera Wambui, 21, earned two bronze medals last year, first at the World Indoor then at the Olympics. The latter was Kenya’s first Olympic medal in this event since 2008, when Pamela Jelimo struck gold. She ranked No. 3 in the world last year by T&FN, her first in the top 10. Wambui won the World Junior gold medal at Hayward Field in 2014. Her 400 PR of 51.39 is second best in the field to only Semenya.

Melissa Bishop, 28, set the Canadian record of 1:57.02 while being just a foot out of a medal at Rio after being silver medalist at the World Championships in Beijing. She has been ranked No. 4 in the world in each of the last two years by T&FN, the highest by a Canadian since Abby Hoffman—now an IAAF Council member—in 1971.

Joanna Jozwik, 26, is an Olympic finalist who is Poland’s third-fastest ever, but the first finalist since 1980. She ran her PR 1:57.37 in Rio to finish 5th. Jozwik was ranked No. 5 in the world last year by T&FN after No. 8 in 2015, when she also made the World Championships final. Her first-ever sub-2 race earned her a bronze at the 2014 European Championships.

Watch out for Selina Buchel, 25, who won her second European Indoor gold last month in Belgrade. She set the Swiss national record of 1:57.95 in 2015.