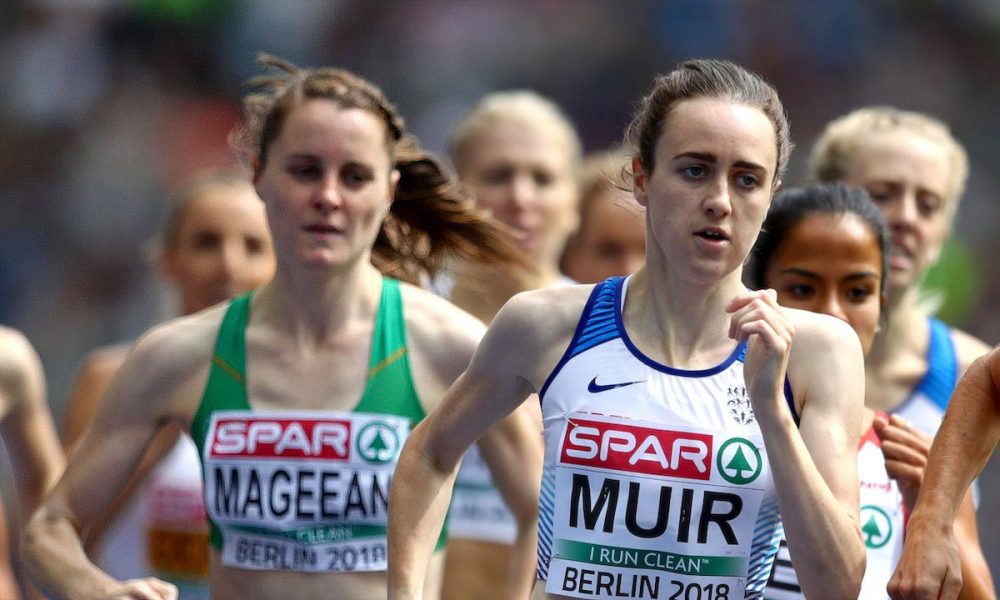 The European 1500m champion will target the mark at this weekend’s Diamond League with a host of GB’s European medal-winning team also in attendance.

Laura Muir and fellow medallists Eilish McColgan and Jake Wightman are among the 13 European medal-winning British athletes looking to continue their memorable 2018 seasons at the Müller Grand Prix Birmingham on Saturday (August 18) at the Alexander Stadium.

Confirmed to be competing alongside the 12 other individual medallists who secured medals for Great Britain in Berlin, Muir was one of several athletes to make history at the European Championships as she became the first British female ever to win 1500m European outdoor gold.

Now aiming to make further history this coming weekend, Muir will take to the track in Birmingham with the aim of breaking Dame Kelly Holmes’ 21-year-old 1000m British record of`2:32.55.

“We British athletes are incredibly lucky to have such a great event straight on the back of a major championships,” said Muir. “It gives us the opportunity to say thank you to the amazing British fans for all of their support through the European Championships, and obviously, we all want to put on a show for them and perform really well too.

“I’ve had some great times in Birmingham – I remember that when I broke the British 1000m record indoors there last February the crowd were so loud that I couldn’t hear my footsteps or sense where anyone else was in the race – it was crazy – so I’m sure it’ll be much the same on Saturday at the Alexander Stadium.”

On Dame Kelly Holmes’ time to beat, 2:32.55, Muir added: “First and foremost, I am looking to win the race but if I can break the British record in doing so that would be fantastic.

“1000m is a distance I don’t often run over, but I am looking forward to the challenge and just going out there and hopefully putting on a show for the home crowd.

“You know that any record held by Dame Kelly Holmes is going to be a tough one to beat, but I feel in really good shape and am going to go after it with everything I’ve got.”

Further history was made in the women’s 1500m as Laura Weightman claimed European bronze – the first time two British females have both been on the same European podium – with Weightman running over the same distance in Birmingham.

A silver medal star over 5000m at the Olympiastadion, Eilish McColgan will run over the shorter distance of 3000m in Birmingham, with fellow Scot Jake Wightman racing the 800m, an event in which he continues to perform brilliantly as he continues to develop as one of Britain’s brightest middle-distance prospects.