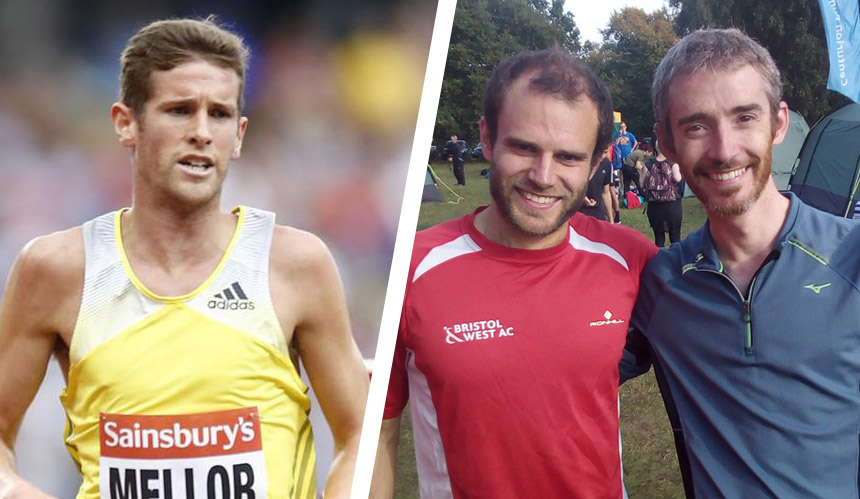 Eluid Kipchoge and Gladys Cherona won the top prizes at the Berlin Marathon, and a number of British runners impressed with strong performances in the 44th edition of the race.

Meanwhile back in the UK, there was plenty of fantastic running this weekend from the Midland Road Relay Championships in Birmingham to marathon action in Scotland.

Jonny Mellor had a fantastic run in the German capital. At the halfway mark the Liverpool Harrier clocked 65:47 before storming onto a 2:12:57 finish. Mellor took almost four minutes off his personal best and finished well below the 2:17:00 Commonwealth Games standard.

It was also a personal best performance from Matt Sharp. The Enfield and Haringey runner and former triathlete clocked 2:16:02, bettering the 2:17:45 he set in London earlier this year, while Paul Martelletti of Victoria Park Harriers was a minute behind in 2:17:10, just missing out the Commonwealth standard.

Competing in his first serious marathon Carl Hardman of Salford Harriers crossed the line 2:19:35 and close behind was Steve Bayton of Hallamshire Harriers in 2:19:41, while Scott Overall pulled out at 35K.

Also worth noting was the performance of Spaniard Iraitz Arrospade a member of Sheffield and Dearne who improved his best by almost three minutes, clocking 2:18:09.

Sonia Samuels was the first woman to finish, notching her second sub 2:30 marathon. The Sale Harriers Manchester runner came through the halfway point in 74:03 and maintained well close to the same pace to finish in 2:29:34, over five minutes below the Commonwealth standard.

After posting 75:12 at halfway, Lily Partridge did not finish the race, but at this stage, it is unclear the reasons.

Northern Irish runner Kevin Seaward ran inside the Commonwealth standard with a strong run to finish 19th in 2:15.50, while Laura Graham just missed out by five seconds posting 2:37:05.

Midland 6-Stage Road Relay Championships – Sutton Park, Birmingham, September 23
Bristol & West AC showed their dominance in the Midland 6-stage relay to clinch the Midland title, with strong runs from Jarlath McKenna and Steve Mitchell on the fifth and final legs respectively. After an early lead and out in front for most the race, Cheltenham and County Harriers had to settle for silver for a second consecutive year.

Cheltenham’s Graham Rush posted the fastest leg of the day in 17:35, ahead of Dan Studley of Bristol & West in 17:37, with Thomas Mortimer of Stroud and District third in 17:45.

Jarlath McKenna and @stemitchell3 with fantastic runs on legs five and six to seal victory. @DanStudley92 with the fastest leg in 17:36. pic.twitter.com/kyPUPZVv7b

Birchfield Harriers’ Becky Straw ran the fastest leg of the day in 14:43. U20 Hannah Hobbs of Westbury Harriers ran the second fastest leg in 14:49, with Bristol & West’s Eleanor Davies third in 14:50.

A special mention must also go to Gillian Palmer whose strong running in leg 2 took Cheltenham from eighth to second.

Highgate Harriers won the men’s South of England 6-Stage relay, while Aldershot took the top honours in the women’s relay.

Ealing Half Marathon – Ealing, September 24
At Ealing Half Marathon, voted the UK’s best half marathon for the last three years, the top three men all dipped under 1:10:00. The victory belonged to John Poole in 1:08:05 from Austin Roth in 1:08:21 and Alex Milne finished third in 1:09:21.

Isabel Clark stormed to the win in the women’s race in 1:17:53, over 6 minutes clear of second.

A 10k was also staged as part of the marathon weekend. Kristian Jones Swansea Harriers beat the 30-minute barrier posting 29:52 for the win, while Jenny Bannerman of Inverness Harriers won the women’s race in 35:16.

Swansea Bay 10K – Swansea, September 24
Kenyan Elias Kiptoo Kemboi was the winner in Swansea posting 28:19. Behind him was Dewi Griffiths, who continued his great season by recording a new road 10k personal best of 28:27, also moving him top of the UK ranking.