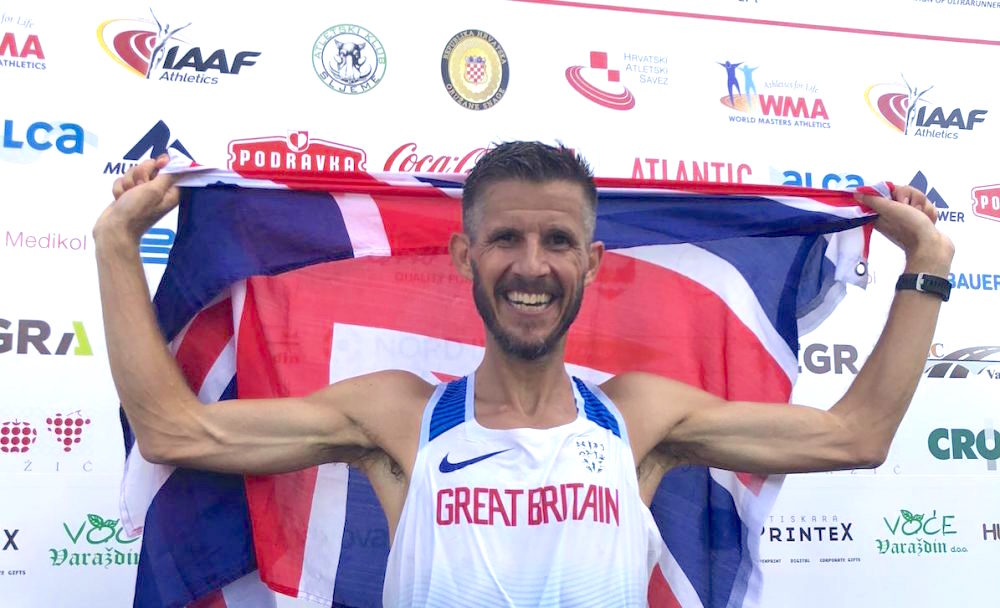 Japanese and Croatian athletes takes the big prize in Croatia and a superb performance from Britain’s leading man to finish in the top 10.

Hideki Yamaguchi won the men’s race in 6:28:05 and Nikolina Šustić of the home nation won the women’s race at the 100k World Championship in Croatia on Saturday (September 8).

The Japanese star made his move on the last of 14 laps to take over from longtime leader South Africa’s Bongmusa Mthembu, who finished third.

It was looking like a victory for the South African until the very last lap. With excellent coverage form irunfar.com on social media, the 2018 Comrades winner looked to have a commanding lead.

Whilst slowing on the final lap it wasn’t second place Takehiko Gyoba who took the lead, but Hideki Yamaguchi who had been in third at the start of the last loop. It was to be a Japanese one-two and they also secured the team title with Koji Hayasaka in fourth.

The Croatian runner was second in the same championships in 2016 and ran a 14 minute PB to take the win in front of a home crowd. The German athlete also ran a nine minute PB with her 7:22:41 and add to a second place at the 2016 50km World Championships.

The Brits on tour

British hopes before the race were on the shoulders of Lee Grantham, who expressed a desire to win the event outright. However, he faltered after sharing the early lead. Anthony Clark of Bournemouth AC ran a smart race and came through into the top 10 in the final stages.

It’s huge PB for the self-titled ‘fragile runner’ who had a previous best of 7:00:37 from his second place a the UK National Championships. The 6:43:22 looks likely to be enough to land the M40 victory on the day too, although that is yet to be confirmed.

“I’m over the moon,” said the British athlete. “Can’t quite believe that it all came together in the right place, on the right day and in the right vest. I couldn’t do it without my awesome family supporting me and this is for them.”

British 100km champion Rob Turner ran 7:18:08 for 30th position after running very consistently up until 70km. The Scottish athlete then seemed to slow and really struggle in the final two 7.5km laps.

The race goes on

The GB women’s team was led home by Samantha Amend in 8:01:11, once again seeming to drop back from the top 10 but rallying on the final lap to finish 15th. Carla Molinaro was as high as fourth and fifth place after halfway but slowed drastically after the 60km mark.