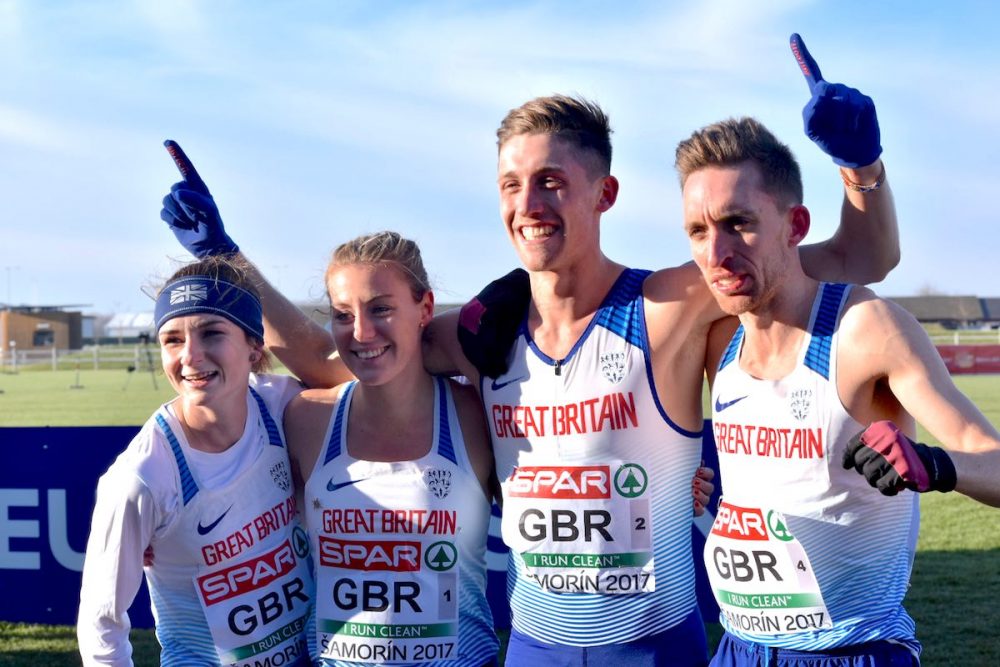 Last year the British senior men’s team finish top of the podium and it was always going to be a difficult task to replicate. Dewi Griffiths started aggressively and led through the second lap, albeit with a large leading group behind that included fellow Brits Butchart and Ben Connor – in fact only 10 seconds separating all six members of the GB team at this early stage.

As the 10.1km race unfolded the British men maintained their presence at the front with Butchart closely tracked by Griffiths and Connor. Adel Mechaal of Spain was also never far from the front and potential danger also coming from Polat Kemboi Arikan of Turkey.

Griffiths’ early front-running, unfortunately, took its toll around the 8.6km mark with the Welshman dropping out – hopefully not indicative of a serious injury.

The strength of Turkey’s Kaan Kigen Ozbilen showed in the closing stages as the 31-year-old build a nine-second march on Spain’s Mechaal to clinch gold.

Butchart, determined to improve on his fourth position from 2016, remained strong and held off the challenge of Hassan Chahdi of France to win his first medal in a British vest.

“It is a tough track but I loved it! I don´t mind cold or windy, I even like it,” said Butchart afterwards. “The course is very beautiful. Very satisfied with my bronze medal, because it is my first medal so I am enjoying the moment. Of course, I wanted to win but it was not meant to be for today.”

Behind the medals, a fantastic performance by Ben Connor placed him sixth overall and even with the DNF of Griffiths, Tom Lancashire in 26th earned the British men a team bronze. Meanwhile, British debutant’s Alex Teuten and Sam Stabler finished 38th and 45th respectively. 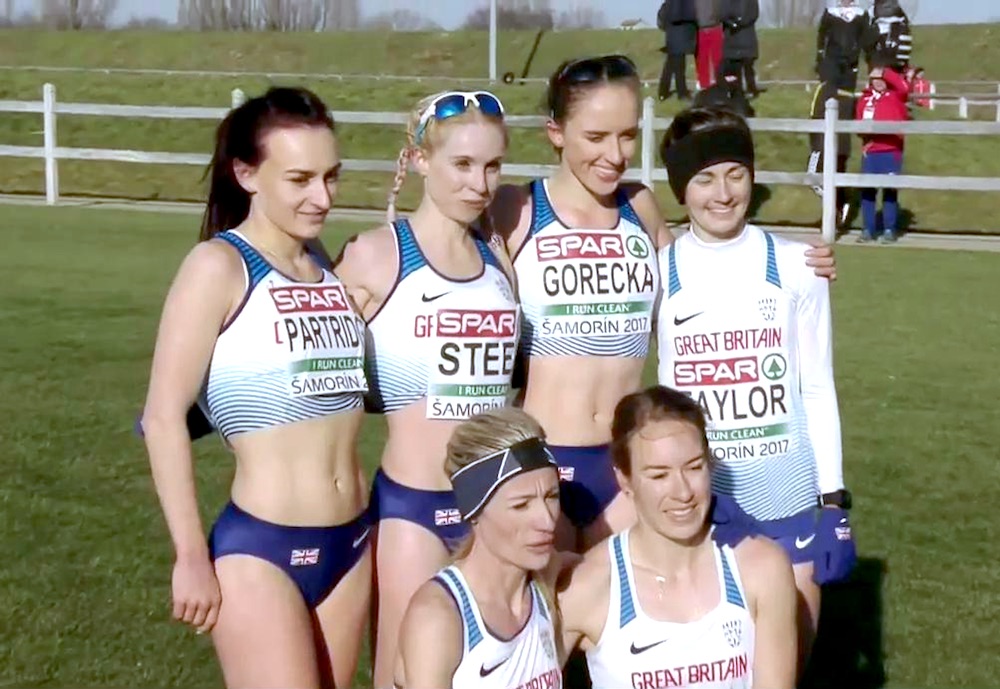 As the form book predicted Yasmin Can of Turkey took a consecutive victory in the senior women’s race. The former Kenyan athlete won by 15 seconds from Meraf Bahta of Sweden. One second behind was Karoline Bjerkeli Grovdal of Norway to complete the podium.

In cold and windy conditions, Charlotte Taylor performed superbly to finish sixth and lead the British women to the team gold in Samorin. The US-based athlete clearly justified her selection after finishing 17th and outside the automatic team spots at the trials in Liverpool.

Team Captain, Emelia Gorecka was not far behind in eighth, with 2014 champion Gemma Steel on her heels in ninth and Steph Twell made it four GB athletes in the top 10.

Gorecka’s clubmate Lily Partridge was not far off the mix, crossing the line in 15th position with Elle Vernon in 48th. The Stockport Harrier will be disappointed with today’s result but will look forward to starting her 2018 campaign injury free.

Concluding a golden day for Team GB was the quartet of Melissa Courtney, Cameron Boyek, Sarah McDonald and Tom Marshall who sealed victory in the inaugural mixed relay event.

Courtney ran the first leg before Boyek took over and built up a narrow lead in leg two. It was over to McDonald who extended GB’s lead impressively before handing off to Marshall.

A late addition to the team following Charlie Grice’s injury, Marshall maintained his composure and ran a strong final leg to seal Britain’s fifth gold of the day.

A report on the junior and under-23 races can be found here.