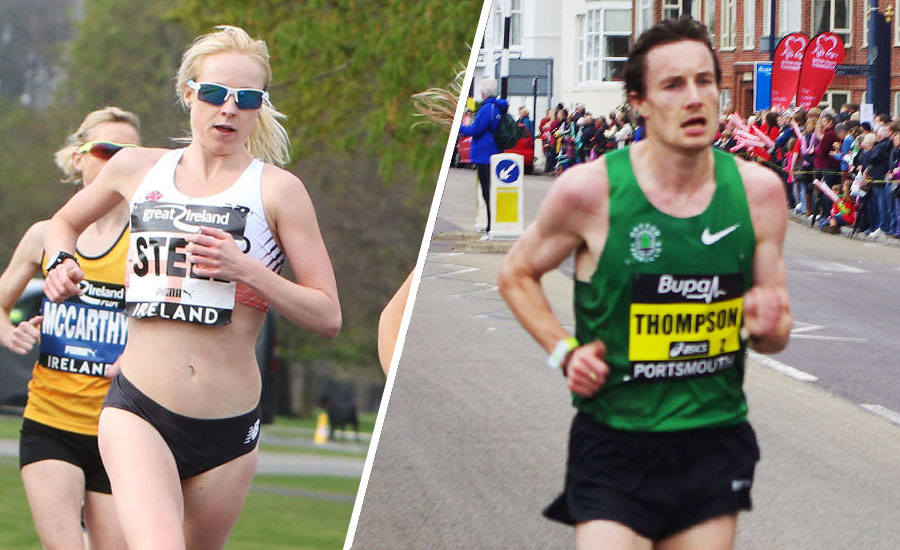 It is the fifth and final British Milers Club Grand Prix of the summer and will see runners aim to achieve Commonwealth Games qualifying standards to strengthen their selection chances for Brisbane next year.

England Athletics Commonwealth Gamesstandards are 28:10 for men and 32:15 for women.

“We will have pacemakers to help out with the intention of running 68s to 4k so hopefully that will give the top runners a chance,” said Steve Green, the meeting organiser.

Thompson, with a personal best from 2011 of 27:27.36 is the fastest man in the men’s field, which also includes Abel Tsegay, Luke Traynor, Luke Cadwell and Scott Overall.

Steel, who earlier this year won a third Great Ireland Run title, will start as favourite in the women’s race but will be challenged by Katrina Wootton, Charlotte Arter, Rebecca Murray and Verity Ockenden.

The men’s 1500m has a strong field, with Tom Lancashire, Jack Crabtree and Ireland’s Kieran Kelly all competing for podium places, while Charlene Thomas, heads the entry for the women’s 1500m aiming for another sub 4:10 time to impress Commonwealth Games selectors. The field also includes Naomi Taschimowitz and Hannah Nuttall.

Anna Burt, who won a silver medal at the Commonwealth Youth Games in the Bahamas, will face Hannah England, Emily Dudgeon, Katy Brown, Mari Smith and Revee Walcott-Nolan in the women’s 800m.

The meet begins at 4.10pm with 29 races over the course of the evening. For more details, including timetables and entries visit www.britishmilersclub.com.