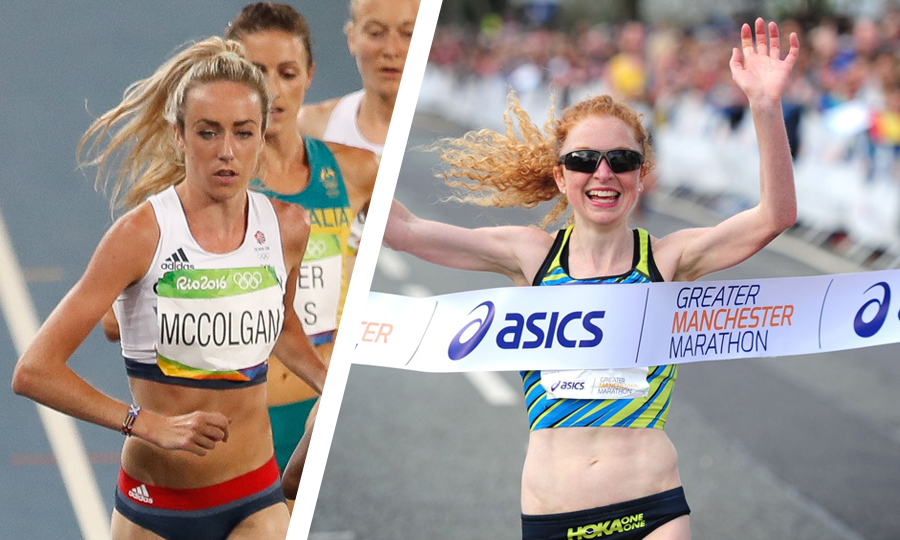 It was a great weekend of running and athletics, which saw Georgia Bruinvels regain her Greater Manchester Marathon crown, and a number of GB athletes, including Eilish McColgan achieve World Championship qualifying standards.

In his first marathon Stockport Harriers Pat Martin was the first to cross the line, in an impressive time of 2:22:37. 2015’s leading woman Georgie Bruinvels proved that she was up to the challenge, and put in an excellent performance to regain her crown, crossing the line in 2:37:03.

GB athletes competing in the USA

Stanford Invitational, California, USA
In a high quality field, Scotland’s Eilish McColgan finished third, running inside the qualifying mark for this summer’s IAAF World Championships in London. In what was her 10,000m debut she crossed the line in 32.10.59.

In the same race Charlotte Taylor finished one second behind McColgan in forth place, and also achieving a qualifying time for London. Taylor took a huge 74 seconds off her personal best time.

In the 5,000m Alex George finished fifth, comfortably inside the European U23 Championships qualifying standard. In the women’s 5,000m, Amy Eloise Neale won on her debut in a time of 15:39.30.

Ieuan Thomas recorded an impressive 8:33.68 3000m steeplechase PB to finish second in the A race.

In the men’s 1500m, Michael Rimmer did not finish after getting caught up in a collision with an official and pacer Pat McGregor.

Florida Relays, USA
In the 3000m steeplechase Zak Seddon claimed victory in a time of 8.30.17, achieving a World Championships qualifying standard and setting a new PB in the process.