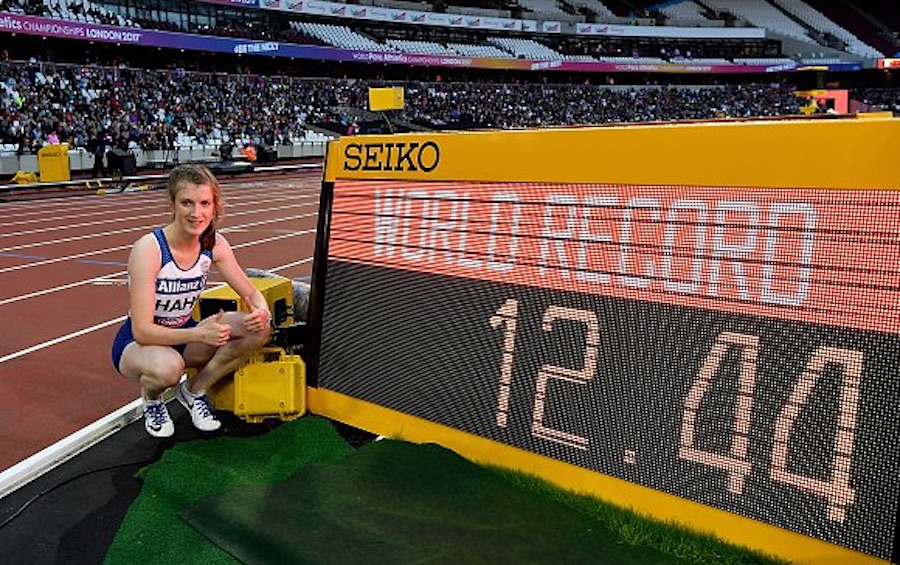 Sophie Hahn lit up the London Stadium to win the T38 100m, at the World Para-Athletics Championships in London.

In a star-studded field that contained no fewer three British athletes, Hahn triumphed ahead of teammate Kadeena Cox in second, to win in 12.44, an improvement on her own world record. GB’s Olivia Breen, finished fourth.

Speaking afterwards Hahn said: “When I crossed the line today I glanced across at the clock and when I saw 12.4 I thought it was pretty amazing. It’s incredible here, it’s a great stadium and a fast track and it really helps you.”

McKillop who won the T38 800m last Sunday, has now completed another World Championships double, and is unbeaten since 2006 at any major event.