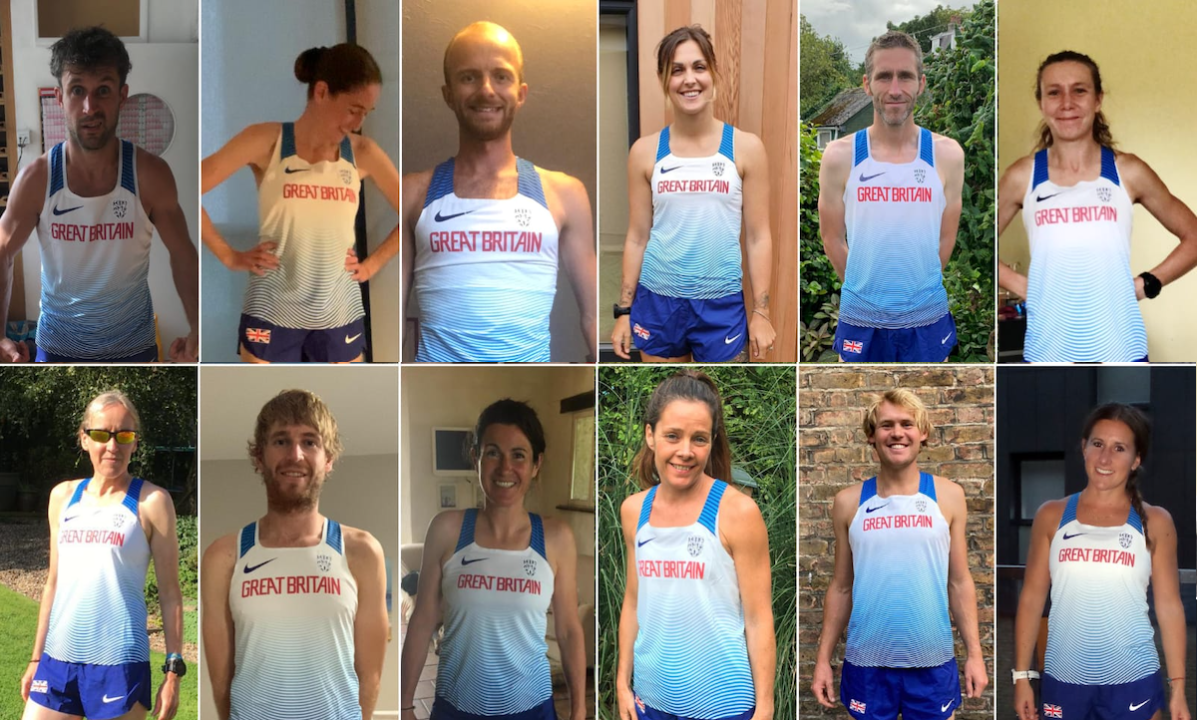 The IAU 6H Global Solidarity Run was this weekend and British Athletics selected 12 debutant athletes to run for six hours in their local areas.

Across the globe 426 runners from 33 different countries chose teams to take part. All five continents were represented with teams from as far afield as Cameroon, Paraguay, USA, Australia and the Philippines, a whole host of European nations took part as well.

With the IAU regional and international championships all hit by the COVID-19 pandemic, the organising body wanted to bring ultra runners together to celebrate our sport.

Jacek Bedowski, IAU Director of Communications, said “During this 6 hour event we will not focus on the mileage but atmosphere and solidarity amongst our global running family.”

As such it was an unranked event, but we will go through the British performances in this article.

Not all virtual racing

With athletes given the freedom to choose their own racing locations and any time over the weekend of the 28/29 August, it was slightly different to a usual event. Some nations had events happening that particularly reason, but the majority of the British team had to set their own courses.

Depending on location and current social distancing guidelines the athletes found themselves on a mixture of local tracks, residential loops and even testing out the London Marathon route in St. James Park in London. Sarah Cameron competing within an official 6h race in France.

With only Sarah Cameron in France able to compete within an actual race on the correct weekend, the 24hr runner was able to win with 44 miles (70.49km). So a 100% race victory rate for the Great Britain & NI team.

The spoils for the victory, wine, pâté and a random ski pass holder, was indeed par for the course for French races.

“I didn’t believe it was going to happen until I was standing on the startline. I’ve had 8 races cancelled this year, the most significant being the 24h European Champs” the 24hr runner told Fast Running.

“I can always squeeze a bit extra out of myself during a race and I like to push myself to the limit from time to time.”

Selected with just a month to prepare, all 12 athletes answered British Athletics call and performed brilliantly.

Normally in the build-up to such an event there would be specific training around race pace and possibly a practice event or two of shorter distance. Evidently the athletes had all been keeping strong during the lockdown months.

Scotland based Murphy chose Perth’s North Inch park, often a race venue itself, to compete on the Saturday. Setting off Murphy “had a pace that I felt I could sustain for the duration with an expectation that I may drop off slightly in the latter stages,” but the expected slow down didn’t really happen. “It was amazing and went as well, if not better than I expected” said the Carnegie Harrier. “To wear that kit was really special and is without a doubt one of the proudest moments I’ve had, my friend told me to be bold and be brave and those words stuck with me throughout.”

Webb, who had been selected as a reserve for the European 24hr Champs this year, had a storming run on his local track and improved on his own six hour best from 2019.

“I just kept reminding myself that at least it wasn’t a 24hr race” laughs the ultra runner. “It was never that long until lunch anyway.”

One athlete who didn’t go for loops was  2019 British 100k Champ Charlie Harpur, who used his six hours to set an excellent FKT on the 75km Peddars Way.

Harpur suggested that the point to point choice might have been better if it weren’t for the 45 mph headwinds (or if he’d gone the other direction).

His 5:33 time for the Norfolk route is an excellent run and at least one other athlete is rumoured to have attempted the trail on the same weekend and get stopped in their tracks by the weather. Charlie Harpur certainly looks like he had fun on the Peddars Way.

The women’s British 100km Champ from 2019, Sophie Mullins, was also chosen for the team and, along with Jo Newens, who had also been selected for the 24hr team, ran around The Meadows in Edinburgh. With both Mullins and Newens running on Sunday morning they ran 47.45 miles (76.37km) and 45.6 miles (73.39km) respectively.

“I was immensely proud to wear the GB vest on my home turf,” smiled Mullins. ” Having started running when I moved to Scotland in 2007, it completely turned my life around. I have been separated from my entire family by closed borders and quarantines, so while I was sad they couldn’t be there on the day it was great to at least have my running family around me.”

“I was devasted that London marathon got postponed and so teammate Ollie and decided it only seemed right to take our run to the marathon finish,” said England 100k runner Bohane. Betty Bohane and Ollie Garrod celebrating at their finish.

“We looped St James’ Park, running along the mall over 30 times. I’m not sure the tourists nor the police knew what to make of us – the police asked the support crew a number of times what was going on! Luckily for me, Ollie changed direction which meant I took the Local Legend strava badge!”

“We must have photo-bombed literally thousands of selfies across the 6 hours,” remembers Garrod “and we certainly bewildered plenty of tourists, pigeons and pelicans!” The sub 70 min half marathoner is a prolific racer so expect to see him on another start line soon.

So many strong performances for the team

Lynne Allen had another storming run with 46.8 miles (75.3km) around a dirt track supported by plenty of fellow runners. Even fellow GB runner James Stewart, who’s making a bit of a habit with this support running, turned up with a entertaining haircut to keep everyone entertained.

Rob Payne (54.89 miles, 88.34km) took to his home streets and used a short residential loop to get the most out of 6 hours. Originally selected for Great Britain and NI 24hr team that would have been competing in Verona, Italy, the speedster went well over 50 miles in his run.

In true British fashion, the weather nearly caught Payne out in the latter stages with August cold temperatures and rain adding to the challenge. Melissa Venables (70.9km, 44.32 miles) deserves an extra bit of kudos,  having just recently won the Centurion North Downs Way 100 mile race as well. Supported by family and friends Venables gave it everything, so soon after such a big effort on the trails. Bravo!

The women’s total was an impressive 508.65km and the team total 919.86km. Nearly a 1000km added to the global IAU Grand Total, which is still being calculated.