Holly Page beats all the men and sets course record 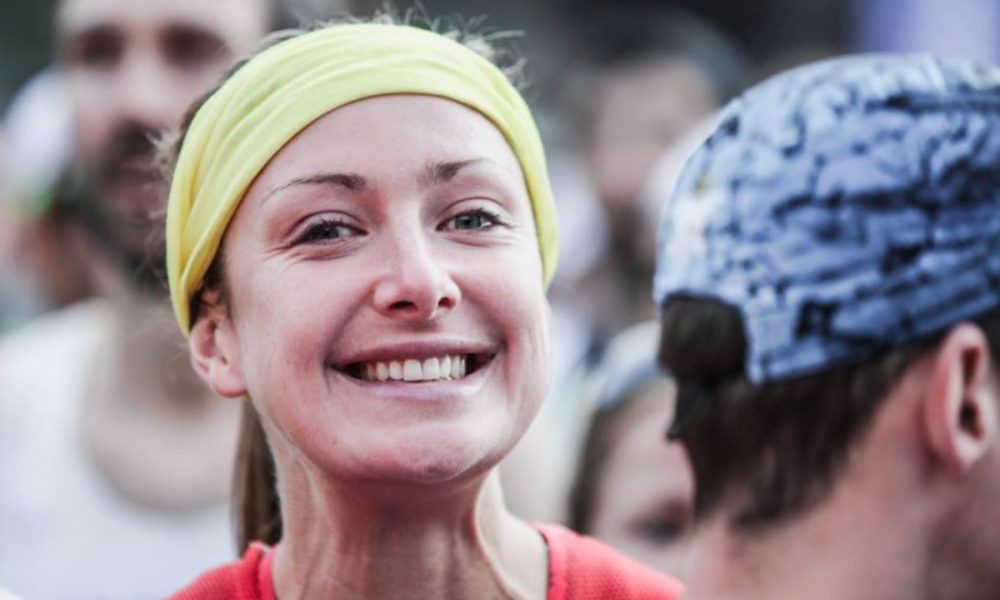 At the weekend (August 5) Holly Page claimed victory at the inaugural 26km Saddleworth Round fell race which has 975m of ascent and descent over the course. Although it is not unheard of for women to win ultra races outright, it is certainly rarer on the shorter distances.

As it was the first running of the event both male and female winners are course record holders now. “They asked if they should write me down as men’s course record holder,” says the Calder Valley athlete. “But I felt it would be funnier to have women’s record which was quicker than the men’s.”

Page has been in fine form this year, racing across the globe with wins in the UK, Europe and as far afield as the Yading Skyrace in China. Finishing ninth at the World Ultra Trail championships in her first race at the longer distance of 80km was an impressive result.

“I hadn’t expected to be at the front from the start so it was a bit of a shock,” states the Salomon sponsored runner. “I hadn’t looked at the map properly for the first part of the route, presuming that I could follow people whilst it was still bunched together.

“It was a great event, finding our way over the boiling hot moors. Last weekend in Spain I had to resort to eating dirty, old snow to stay hydrated, but this time there was only a rather brightly coloured orange stream.

“I did have a rather big navigational cock up in the first five kilometres, ran up the wrong hill and ended up joining back at the rear of the race. At least I had people to follow now and I just had to work my way back to the front over the next 20km.” “I worked my through to second and could see the lead man popping up every so often out of the dips of the moors,” says Page, who then reeled the first man in with 8km to go. “I managed to keep going and win by eight minutes by the end.

“It was only a local fell race so there wasn’t exactly a tonne of super speedy people racing, but it was still cool to win a race outright.”

It might be a little more difficult for the Brit at the 31km Sierre Zinal next weekend, which is renowned as one of the most competitive mountain races in the world.

Race director James Sheard was “very impressed with how Holly ran so smoothly and consistently across the whole course” and reckons that “given how dry and fast the route was this year any men thinking they can easily set a record next year might be mistaken”.

For those wanting to try (or run one of the many races organised by the club) you can find information on the  Saddleworth Runners website.

It’s not just for feats such as this that one can find mountain running Page an inspiration. Personally, I take great joy in following her adventures across the world and the skill with which she hitchhikes and travels like a seasoned pro. For most, the idea of not having a set journey or a place to stay each night would be a nightmare.

A far fetch from the prima-donna athletes we often hear about, yet in true fell running style, Page just loves her running and adventuring. The journey to and from each race seems an adventure in its own right each time.

“I just hope it’s really wet and muddy next year,” laughs Page. “At least my record would stand for longer than 12 months.”