Farah wins at Anniversary Games, but Laura Muir misses out on British record 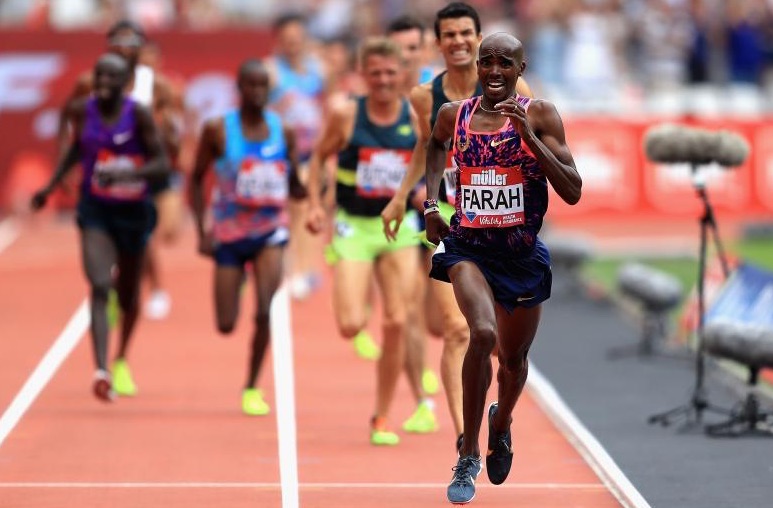 In one of his last track races, Mo Farah won the 3000m at the Anniversary Games in London,  finishing ahead of Spain’s European indoor champion Adel Mechaal.

The four time Olympic champion looked in good form ahead of hist attempt of a third successive world 5,000m-10,000m double at next month’s World Championships.

Farah said: “I’ve been in this situation with the experience of 2012, it’s a different feeling and I’m getting a bit more nervous in terms of ‘this is it’ but other than that it’s normal.

“This is home, this is where my life changed and where I made my name. If I didn’t do it on this track I wouldn’t matter, would I?”

Scottish athlete Butchart said: “I’m over the moon with that performance.

“Mo was coaching me mid-race and giving me advice on what to do, and I felt really good. I had so much fun out there. It was a good rehearsal for the World Championships.”

Muir was attempting to better Zola Budd’s British record over the distance, but missed out by half a second. However, her time was a personal best and a new Scottish record.